As world leaders meet in Paris to set a new global agreement on climate change, IIASA researchers bring their expertise to the table in a number of side events, new reports, and related meetings. 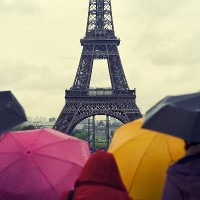 IIASA research focuses on many issues related to climate change, including efforts to reduce emissions from land use change and deforestation, emissions scenarios for limiting climate change to 2 degrees Celsius below pre-industrial levels, as well as evaluations of climate risk, mitigation options, and adaptation scenarios.

At COP21, the annual climate negotiation conference of the United Nations Framework Convention on Climate Change (UNFCCC), IIASA researchers will participate in several side events aimed at providing their expertise to policymakers, in particular in relation to the new national pledges on climate change mitigation, the Intended Nationally Determined Contributions (INDC's).  In addition, several reports from IIASA researchers will be launched prior to or during the meeting.

IIASA participation in COP21 side events and related meetings

1 December
Lima-Paris Action Agenda: Forest Day
The governments of Peru and France have set up a Lima Paris Action Agenda (LPAA) which is promoting a series of side events in COP-21. At their forest-focused event on 1 December, IIASA researcher Michael Obersteiner will present results of a recent study that informed Brazil's INDC.

1 December - COP21 Side Event
Keeping warming below 2°C: Quantifying and evaluating INDCs
IIASA researcher Joeri Rogelj will take part in a side event organized by Malte Meinshausen of the University of Melbourne. At this side event in Paris, ‘number crunchers’ who worked in the international negotiations for years provide a number-heavy journey through individual INDCs, their aggregation, a comparison to carbon budgets and 2°C / 1.5°C mission trajectories. The event is rounded o by Farhana Yamin, one of the most experienced lawyers in the UNFCCC, on the compelling simplicity and necessity of a zero emission long-term target.

3 December - COP21 Side Event
From INDCs to 2 degrees, bridging the gaps in mitigation & implementation
IIASA researcher Nicklas Forsell will join a panel of experts discussing the gap between pledged emissions reductions of the INDC's, and reductions needed to limit climate change to below 2°C above pre-industrial levels.

5-6 December
Global Landscapes Forum
IIASA will co-host a session at this international forum, on assessing policy impacts across landscapes: The nexus between agriculture, international trade, biodiversity and greenhouse gas emissions. This session will explore the interactions between different sectoral policies, including REDD+ policies, agricultural intensification, zero-deforestation commitments, international trade agreements, and reforestation initiatives around the globe; how these affect emissions, biodiversity, and development outcomes.

6 December
Development & Climate Days
IIASA researcher Reinhard Mechler will host a session on resilience at the "Lightning Talks" as part of the Development and Climate Days meeting which takes place in conjunction with COP21.

8 December - COP21 Side Event
Tracking, implementing, and ramping up transformative climate action post-Paris
Transformative climate action has to be taken at all levels with a range of actors contributing towards decarbonization and climate resilience. Nakicenovic will participate in this side event, which will discuss this multi-faceted responsibility, from the subnational, especially cities, to national and international levels, including both public and private actors. Co-organized with the German Advisory Council on Global Change (WBGU) and World Resources Institute (WRI)

8 December - COP21 Side Event
Rabat INDC Forum: Academic panel on the INDCs and their implications for sustainable development
IIASA Energy Program Director Keywan Riahi will take part in a moderated expert panel discussion on the aggregate effects of INDCs for decarbonization, sustainable development and as a tool for the transformation of economies, societies and energy systems. The panel, organized by the government of Morocco, consists of experts from around the world who will discuss the future impacts of the INDCs, both globally and in terms of national policy priorities.

9 December
2015 Future Energy Forum
Nakicenovic will speak at this international conference, which features thematic discussion sessions on core issues in energy and
sustainable development that will bring together experts with diverse backgrounds and
experiences.

11 December
Press Conference: Leading scientists assess the latest draft agreement at COP21
IIASA researcher Joeri Rogelj took part in a press briefing from leading scientists at COP21 to assess the draft text, with a special focus on the temperature target of 1.5°C or 2°C – negotiators have made significant progress in Paris to galvanize around a more ambitious target. What does this shift actually mean, in terms of the science, peak emissions and pathways to these goals? They also discussed the long-term goal – assessing the various options that are in the draft text, including compatibility with temperature target.

Carbon dioxide emissions from fossil fuels are projected to stall in 2015, marking the first time that emissions have slowed without a concomitant economic decline. More

There are significant constraints to large-scale deployment of negative emissions technologies in the future to reach climate change targets, according to a new study including IIASA research. The study emphasizes that greenhouse gas emissions must be reduced aggressively and immediately.  More

Climate change brings with it an increased risk of extreme weather events, including heat waves, droughts, and heavy rainfall. A new special issue in the journal Climatic Change puts in perspective the latest research on the topic. More

An assessment of the individual country pledges for the Paris climate summit shows that agriculture, forestry, and other land-based factors will play an important role in emissions reductions. More

The transport sector has the potential to cut its emissions of greenhouse gases in half by 2050, according to new analysis from researchers at IIASA and other institutions. More

A new study by an international team of researchers including IIASA scientists has found what amount of emissions reductions it would take for a major economy to lead out of the climate gridlock. More

A new report provides a detailed understanding of the transformations required to achieve individual country commitments on climate change. More

A new report from an international consortium including IIASA researchers provides the scientific guidance on deforestation and land use change to support Brazil in developing an evidence-based climate pledge. More

Lazy microbes are key for soil carbon and nitrogen sequestration

Radio FM4: Why Paris Might Succeed Where Copenhagen Failed