As negotiators begin their second week at the Paris climate change summit, researchers provide a scientific critique of the 2-degree climate target. 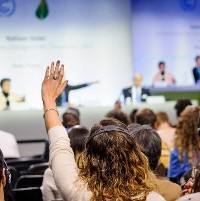 Efforts to address climate change should focus on tangible actions that reduce emissions urgently, rather than be stalled by arguments about where to end up in the end, argue IIASA researcher Joeri Rogelj and colleagues in a new perspective piece published in the journal Nature Geoscience. The article focuses on the internationally agreed target of limiting climate change to below 2°C above pre-industrial levels.

The target was recognized by 190 countries at the 2010 climate conference in Cancun as a safe limit that prevents dangerous impacts of climate change of happening—yet while it was informed by science, write the authors, it comes without an explicit recommendation or endorsement of the scientific community.

“A global climate target will always be a political goal, not a scientific one,” explains Rogelj. “Even at two degrees of warming there will be consequences and impacts, and science alone cannot say what level of climate change should be considered safe by society.”

Rogelj and colleagues at ETH Zurich look at a range of possible climate targets, ranging from the concentrations of greenhouse gases in the atmosphere to heat accumulation in the oceans. Having considered the available scientific evidence, they conclude that a temperature target does provide the best global metric and serves as a useful focal point. Many impacts increase or decrease proportionally to average global temperature rise. Moreover, because it is closely linked to greenhouse gas emissions, it can thus be targeted by policy.

Although temperature ends up as the winner of global climate metrics, the level which can be considered safe is not a science-only question to answer. A 2°C average warming around the globe would not be evenly distributed across space or time, with some regions seeing far higher levels of warming, and more extremes. For that reason many countries are arguing for an even stricter limit of 1.5°C. 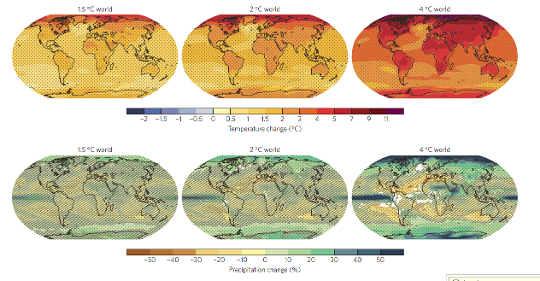 The authors point out that current progress on climate change has been insufficient to meet either goal, with the world on track to hit 3 to 5°C of warming by 2100. For any target currently being discussed in the international climate negotiations, emissions would need to be reduced urgently over the next one to two decades.

“Science is progressing in its understanding of local climate impacts at different levels of warming.” says Rogelj “Policymakers now have to make a renewed risk assessment and consider what can be considered safe, both at home and globally.”

The article is part of a special Nature Geoscience and Nature Climate Change issue on the topic ‘budgeting for climate change.'