A new report provides a detailed understanding of the transformations required to achieve individual country commitments on climate change. 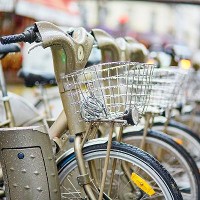 National pledges to deal with climate change – submitted in the run-up to the Paris climate talks later this year – do not yet put the world on track to limiting warming to the internationally agreed target of below two degrees Celsius above pre-industrial levels, but they do add up to more action from the world’s biggest economies than previously seen, according to a new report from an international consortium of 16 research institutions including IIASA. These pledges, known as “Intended Nationally Determined Contributions” (INDCs), show the biggest changes the electricity sector with renewable energy growing to account for a third of the mix.

The new assessment from an international consortium of 16 research institutes provides a detailed analysis of the Intended Nationally Determined Contributions (INDCs), or national commitments towards reducing greenhouse gas emissions by 2050. It examines how the INDCs would impact different sectors (energy systems, building, transport, and industry sectors) and other national priorities (decreasing air pollution and energy dependency).

“As of October 19, the 123 INDCs, covering 150 countries, submitted to the UNFCCC represent 86% of global GHG emissions in 2012. Such wide coverage, with countries from all continents, levels of development and historic positions in the climate negotiations is in itself a major step forward for climate action and a signal of commitment to the Paris negotiations,” says Teresa Ribera, project leader and director of Sustainable Development and International Relations IDDRI.

As with other analyses, the new study finds that the currently proposed INDCs would not be sufficient to limit global warming to the internationally agreed target of 2 degrees above pre-industrial levels. It also shows that the INDCs could lead to uneven progress across sectors, with strong growth in energy efficiency and renewable energies, but slower changes in transportation and negative emission technologies such as carbon capture and storage. 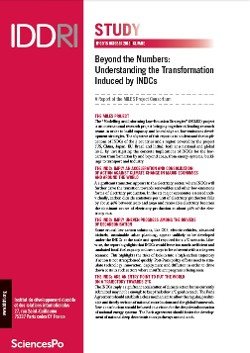 Read the MILES report on the IDDRI Web site

“While the climate pledges lay the foundation for a faster transition to a low-carbon economy worldwide, more is needed to bolster the commitment to the 2 degrees goal”, explains Elmar Kriegler of the Potsdam Institute for Climate Impact Research, who also worked on the report. “The Paris agreement should set a clear timeline for ramping up action. Mechanisms for strengthening INDCs until 2020 would send the needed signal to investors in the energy sector and beyond, in particular through the announcement of further economy-wide climate policies.”

“We found that even the current INDCs will reduce local air pollution and curb growing energy imports in the EU, Japan and China,” says IIASA researcher Jessica Jewell, who worked on an analysis of these so-called “co-benefits” for the study along with colleagues in the IIASA Energy program. “If countries pursued stronger climate policies, these benefits could become significant,” she adds.

ABOUT THE MILES PROJECT

The Project: Modelling and Informing Low Emission Strategies  (MILES) aims at strengthening the modelling capacity of developing countries in the field of energy and economic analysis and develop an evidence-based dialogue on low-emission development pathways between modelling teams in developed and developing countries. MILES is coordinated by the Institut du Développement Durable et des Relations Internationales (IDDRI).

This project was funded by the European Union.