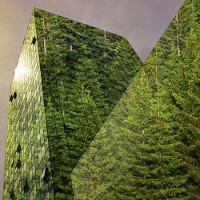 “We know that the risks of high impact events will increase the higher emissions are,” says Riahi. His research focuses on climate change mitigation but also throws up issues of adaptation and how policymakers should avoid focusing on one area to the exclusion of the other. Integration of the two facets across key areas of public spending is vital.

“They need to be integrated into agricultural policy, energy policy, and into development policies,” says the energy expert. He adds that the scientific community is only just catching up with this “nexus approach,” and that it has not been explored sufficiently. Riahi’s concern is that development policies—such as delivering energy to the poorest—are often created in isolation from both climate change mitigation and adaptation.

The links between mitigation and adaptation are also highlighted by recent IIASA research on the relationship between population and environment.

“It is not only the size of the populations but also the lifestyles and the consumption patterns of these people—and these include age as well as education specific characteristics,” says Erich Striessnig, a IIASA economist and demographer who has researched how these factors can affect a society’s ability to react to and prepare for catastrophes, such as storms and floods. 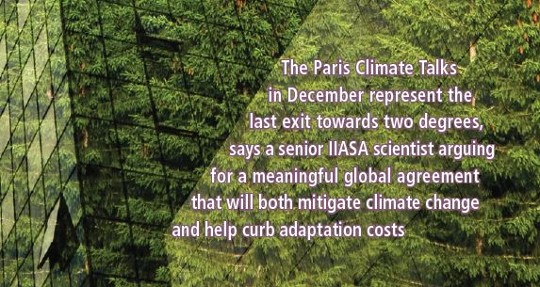 He says wealth and a high GDP are not enough to insulate populations from the impact of climate change. “In the so-called inequality scenario the predicted future number of casualties [as a result of natural catastrophes] goes up tremendously because it’s not just going to be a bottom billion but a bottom three billion that will be left behind,” says Striessnig.

He makes the point that it’s not only the poor but often those with a very low level of education “at the edge of society” who will be less able to adapt to climate change. This emphasizes Riahi’s point that countries need to integrate their mitigation and adaptation efforts into a range of other policies including those on agriculture, environmental education, and energy.

In most countries mitigation and adaptation policies have operated independently; climate change policies are developed at national and sub-national levels while adaptation is often in the ambit of local authorities. And while mitigation involves trying to hit long-term targets, adaptation is often a case of dealing with the here-and-now: floods, droughts, and health.

“It has become clear that mitigation alone is not enough to tackle climate change—adaptation is also needed,” says Mia Landauer, a researcher from the Risk, Policy and Vulnerability Program at IIASA.

It’s on the urban frontier that mitigation and adaptation policies are finally beginning to join forces.

“An example of synergies between adaptation and mitigation in cities are green roofs and walls which can avoid the use of conventional air-conditioning and at the same time reduce the consequences of urban heat island effect,” says Landauer. This reduces energy use—mitigating climate change—as well as adapting to changes already upon us.

Responsibility for implementing mitigation measures is also becoming more regional and local, where adaptation to climate change already has a strong foothold. “The consequences of high emissions can also be felt immediately,” says Landauer, citing the example of reduced air quality damaging public health. She believes it is at the local and regional level where the direct linkages between adaptation and mitigation, and the potential to integrate the two, can be found.

The dilemma facing many countries is where to spend limited resources, on mitigation or adaptation? Riahi says the answer depends on wealth, emissions, resilience, and vulnerability.

“Some of the impacts are unavoidable in a two degree world and we will need to adapt,” he says. He acknowledges that a small island-state facing the threat of rising sea levels will want to put more effort into adaptation than mitigation. At the same time the high emissions-producing developed countries will need both strong mitigation and adaptation efforts.

Riahi cites the United Nations Adaptation Fund as a positive development. He also says that support for adaptation is gaining “substantial traction” in the climate change discussion. That, he says, needs to continue in parallel with efforts to mitigate climate change.

Interview: Population characteristics and the climate