In 2015 the Paris COP21 and the G7 Initiative on Climate Risk Insurance showed that insurance against the impacts of climate change is a key issue. The Risk, Policy and Vulnerability (RPV) Program played a role in the history and drafting of both initiatives and is contributing to the evidence needed for their implementation. 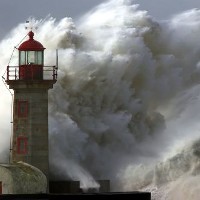 Research by RPV suggests that managers and aid organizations target insurance, as well as risk reduction, to different layers of risk, where risk reduction is typically most cost-effective for frequent, low-consequence events [1]. Government support is more appropriate for the very rare and high-consequence events, and insurance may be best suited for the risk layer in between. In reviewing risk-transfer systems the authors discuss the benefits of financial instruments, including the provision of post-disaster finances for recovery and pre-disaster security, and emphasize that they come at a cost that may be unaffordable to vulnerable communities.

Risk transfer can also be attractive for European governments. Partly because of the difficulties of new members in the EU being able to afford commercial insurance, the European Union Solidarity Fund (EUSF) was created as an ex-post loss-financing vehicle in the case of disasters exceeding a government's resources to cope. The EUSF is viewed as a valuable instrument for pooling risk in Europe, as well as a potential model for financing loss and damage from climate change in vulnerable countries worldwide. RPV research [2], assessed the performance of the EUSF in light of its recognized aims: the promotion of solidarity with those countries having the least capacity to cope with major disasters; the contribution to proactive disaster risk reduction and management (climate adaptation); and the robustness of the fund with regard to its risk of depletion (stress testing). Using a simulation approach for future disasters, the authors conclude that the reformed EUSF's risk of depletion, though reasonably robust to more frequent disasters, could be reduced by increasing member state contributions and/or engaging in risk transfer.

The European Commission has taken important steps in linking the fund to proactive risk reduction; yet, by changing its budgeting practices, the commission could be more proactive in encouraging risk management in member states. In its current form, ironically, the EUSF does not embed needs-based solidarity, which could be enhanced by changing the EUSF’s rules for disbursing aid.

[2] Hochrainer-Stigler S, Linnerooth-Bayer J & Lorant A (2015). The European Union Solidarity Fund: an assessment of its recent reforms. Mitigation and Adaptation for Global Change.