Nitrogen management and inequality among farmers

Modeling by the Mitigation of Air Pollution and Greenhouse Gases (MAG) Program has shown that efforts to reduce the fine particulate matter (PM2.5) precursor emissions will not deliver the expected drop in air pollution unless a reduction of agricultural ammonia (NH3) emissions is achieved. 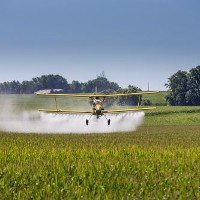 Around the world, chemical analyses of PM2.5 found in ambient air clearly indicate that secondary inorganic aerosols constitute a significant share of total PM2.5 mass, typically 30-50%. Such inorganic aerosols are formed in the atmosphere from gaseous sulphur dioxide (SO2) and nitrogen oxides (NOx) emissions, which react with NH3 to form solid particles. In many situations, this formation is dependent on the availability of NH3, which predominantly originates from agricultural sources such as livestock farming and fertilizer application. As a consequence, effective strategies that aim to lower population exposure to fine particles will need to include the control of NH3 emissions, otherwise efforts to reduce other PM2.5 precursor emissions will not deliver the expected return.

This important finding from MAG’s cost-effectiveness analysis has been taken up by the recent EU air quality policy proposal, and by the World Bank for its efforts to increase the effectiveness of its lending support for China. This need for measures to reduce agricultural NH3 emissions creates new social and political challenges among the agricultural constituency. To inform the policy debate about the consequences for different parts of the agricultural sector, MAG conducted analyses to attribute NH3 emissions to different farm sizes.

This research demonstrated that in the EU, for example, about 80% of all NH3 emissions originate from only the 5% largest farms (see Figure 1). It is therefore technically and economically easier to implement emission control measures for large industrial farms than for than smaller farms. The cost-effective set of measures proposed in the EU clean air proposal suggests measures to only a small percentage of farms, leaving 95% unaffected. Although challenged by lobbyists that presumably represent the interest of the largest enterprises, this new information proved critical for the vote in the European Parliament, who supported the European Commission’s proposal. 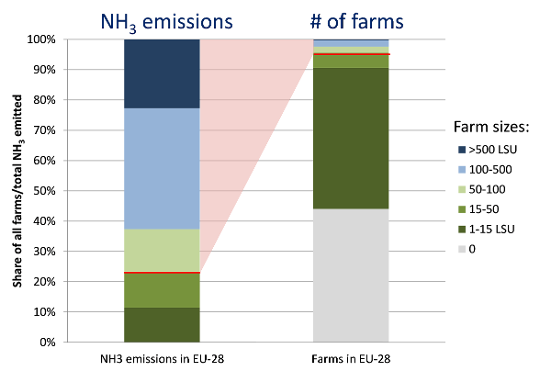 Figure 1. Distribution of ammonia emissions and number of farms by farm size in the EU-28.