In 2015 the World Population Program (POP) continued to work closely with policymakers around the world. As well as contributing to influential policy documents, researchers from the program organized and attended events in order to engage with all types of policymakers. 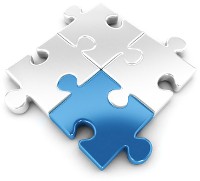 POP produced a report on synergies between the UN Sustainable Development Goal (SDG) regarding education and all other SDGs. This was used for the UN Educational, Scientific and Cultural Organization (UNESCO) Global Monitoring Report, which will be widely distributed in policy circles.

In September 2015, 40 years of population research at IIASA, 5 years at the Wittgenstein Centre (IIASA, VID/ÖAW, WU), and 40 years at the Vienna Institute of Demography were celebrated with a high-level symposium "Demography that Matters." Researchers from the three pillar institutions of the Wittgenstein Centre shared selected research findings and research ideas for the future with distinguished guests from academia, two members of the Austrian government, media, and policy-making institutions. 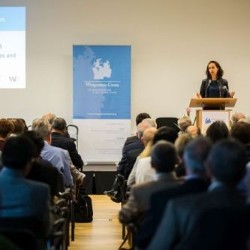 During the year, POP and the University of Shanghai agreed to closely work together to establish the Institute for Asian Demographic Research in Shanghai which should also act as the headquarters of the Asian MetaCentre for Population and Sustainable Development Analysis. Formal demography will be at the core of the scientific foundation of the institute. Building on the methods of multidimensional demography it will study population dynamics by age, gender, education, rural/urban residence, household status, and health condition. These formal models cater for a wide range of policy-relevant topics in population research, in particular population aging in Asia and population-economy-environment interactions.

Finally, POP researches contributed to the new Global Education Monitoring Report (EFA-GMR) commissioned by UNESCO that synthesized the scientific and policy literature and evidence on the contribution of education to other areas of development and human wellbeing, in particular those recognized in the new SDGs.

Symposium and Celebrations: Demography that Matters