In 2015, the World Population Program (POP) continued its cutting edge research in the areas of multidimensional population dynamics by age, sex, and level of education; redefining age and aging; vulnerability to environmental change; and economic performance and human capital. 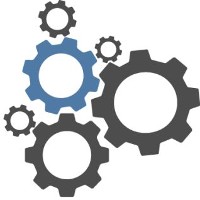 In 2015, POP investigated different aspects of human capital as well as its role in understanding population dynamics.

The model that combines principals of the theory of the demographic metabolism and the tools of multi-dimensional demography was applied to project and analyze the attitudes towards homosexuality in many countries around the world [1].

Pioneering work on redefining population aging to account for its dynamic nature used a “characteristics approach” to measure population aging and the further development of new and more meaningful dependency ratios [2][3][4][5][6][7][8].

Substantial progress was made in further understanding the links between education and disaster and climate change vulnerability and adaptability [9] as well as the role of community participation and strong social networks in preparedness to natural disaster [10].

Researchers working in the Religion, Education, and Demography project have accomplished the first demographic projections of the religiosity using data on age, fertility, mortality, migration, and religious switching for multiple religious groups around the world [11][12][13].

Advancing the theory of demographic metabolism

This theory puts the age-old wisdom that societies change through generational replacement into analytical form. Using the tools of multidimensional demography it presents a formalized model that allows for quantitative forecasts of such societal changes for decades into the future. More

Redefining the meaning of age

Life expectancies and levels of health in many developed and developing countries have increased significantly over the past decades, and are expected to continue increasing. In contrast to these profound changes, the concepts that demographers have used to analyze population-level aging have remained largely static. This project proposes alternative dynamic definitions of age. More

If age is not viewed as a static measure, but modified to reflect changing health, life expectancy, and cognitive performance, this has significant consequences for many demographic indicators. Most importantly, the conventional old-age dependency ratio, which assumes that everybody below 65 is productive and everybody above is unproductive, becomes very misleading when used over longer time horizons. More

IIASA research has firmly established the fact that improvements in the educational attainment structure of populations are a key driver of economic growth. The new set of global Shared Socioeconomic Pathways scenarios—which define alternative population trajectories by age, sex, and six levels of educational attainment—reflect this, showing that economic growth trajectories follow those of human capital. More

World Population Program (POP) researchers are partners in a new international research project on aging and health, funded by the EU’s Horizon 2020 research and innovation program. The initiative aims to achieve a better understanding of aging by identifying patterns of healthy aging pathways. More

The religious profile of the world is rapidly changing, driven primarily by differences in fertility rates and the size of youth populations among the world’s major religions, as well as by people switching faiths. New research provides insights into future trajectories of religious change in the world. More

The Global Human Capital Data Sheet 2015, produced by the World Population Program (POP), presents new population projections by age, sex, and level of educational attainment for all countries in the world with projections to 2060. Alongside this, a visualization tool allows exploration of the projections, focusing on progress in female education. More