Advancing the theory of demographic metabolism

This theory puts the age-old wisdom that societies change through generational replacement into analytical form. Using the tools of multidimensional demography it presents a formalized model that allows for quantitative forecasts of such societal changes for decades into the future. 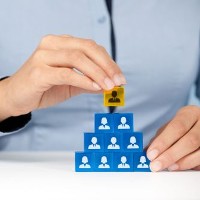 Using the term “demographic metabolism,” which was introduced by Ryder 50 years ago, we show how blending this concept with the methods of multidimensional population dynamics results in powerful models with strong predictive power. Particularly for characteristics that once established tend to be sticky along cohort lines.

This model has recently been applied to the reconstruction and projection of educational attainment distributions by age and sex for all countries of the world. This approach has already been successfully used to reconstruct and project the changing composition of populations by age, sex, and different levels of educational attainment for all nations and it has also been used for projecting the “soft” characteristic of European identity within EU member countries [1][2].

In 2015, World Population Program researchers also used the model to analyze and project attitudes towards homosexuality in many countries around the world. Here, it can be clearly shown that younger cohorts tend to be more tolerant and that whole societies gradually become more tolerant as the younger cohorts replace the older ones in a predictable way. It is therefore a powerful model for forecasting social change, as driven by changes in the population composition as older generations are replaced by people with different basic believes, attitudes, and identities that are stable once established at young age. However, this powerful approach is not yet widely known or recognized in the broader social science community. Hence, demonstrating the enormous potential of the demographic metabolism approach for capturing and forecasting social change remains an important task. Furthermore, it can also help to quantitatively model the changing attitudes and behavior with respect to climate change and environmental change more generally [3].