The religious profile of the world is rapidly changing, driven primarily by differences in fertility rates and the size of youth populations among the world’s major religions, as well as by people switching faiths. New research provides insights into future trajectories of religious change in the world. 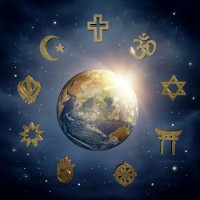 While many people have offered predictions about the future of religion, these are the first formal demographic projections using data on age, fertility, mortality, migration, and religious switching for multiple religious groups around the world. The researchers gathered the input data from more than 2,500 censuses, surveys, and population registers, an effort that has taken six years.

The main finding of the project was that while the number of religiously unaffiliated people (atheists, agnostics, and others) is increasing in some countries, the proportion of the global population unaffiliated with any religion will be smaller in 2050 than it is today. This runs counter to expectations that religion is declining around the world. The study also finds that if current trends continue, by 2050:

Towards a Catholic North America in 2062?