If age is not viewed as a static measure, but modified to reflect changing health, life expectancy, and cognitive performance, this has significant consequences for many demographic indicators. Most importantly, the conventional old-age dependency ratio, which assumes that everybody below 65 is productive and everybody above is unproductive, becomes very misleading when used over longer time horizons. 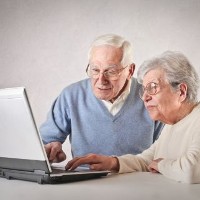 Forecasting aging based on new measures: Using UN population projections we showed clear differences in the forecasted speed and level of aging when using conventional measures of aging compared to newly developed ones that take into account the changing characteristics of people. Moreover, counterintuitively, the characteristics approach shows that the faster the projected increase in life expectancy the lower the projected speed of aging. Using traditional measures of aging this is reversed, and we see faster life expectancy increases associated with faster aging [2][3]. 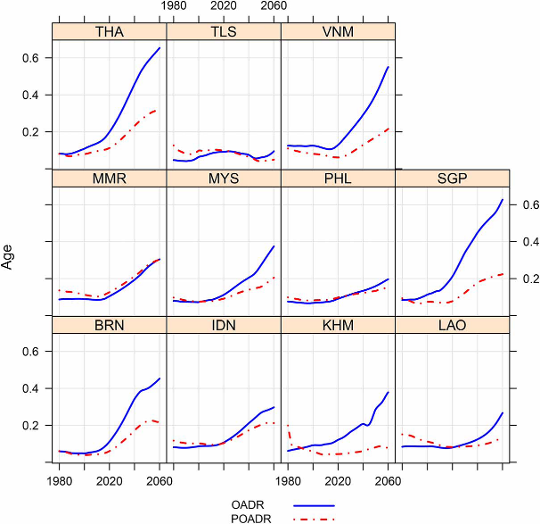 Measures of aging based on cognitive abilities and subjective survival rates: Based on Socio-Economic Panel (SOEP) and English Longitudinal Study of Ageing (ELSA) surveys we were able to show that more recent cohorts of elderly people are performing better in terms of cognitive performance than previous cohorts. We demonstrated that the speed of cognitive aging of the elderly is slowing down due to changes in the educational composition of populations, and most recently due to the use of modern technology by old people [4]. Based on German SOEP survey we also showed that even though we observed a secular improvement in terms of cognitive functioning, average physical health has declined. This pattern of results at the population level (i.e. trends in average population health) stands in interesting contrast to the positive association of physical health and cognitive functioning at the individual level. The findings underscore the multidimensionality of health and the aging process [5]. Based on ELSA surveys we also showed that alpha-ages for different educational subgroups based physical characteristics or biomarkers such as handgrip strength and speed of chair rise are very similar to alpha-ages based on survivorship for those subgroups. This may lead to important findings when we evaluate subgroup differences in survivorship based only on biomarkers.

Department of Social Policy and Intervention, University of Oxford, UK