The World Population Program (POP), with three other IIASA programs—Energy (ENE), Mitigation of Air Pollution and Greenhouse Gases (MAG), and Ecosystems Services and Management (ESM) – continues to implement the crosscutting project “Accounting for socioeconomic heterogeneity in IIASA models” started in 2014. 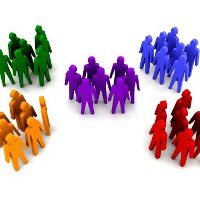 POP scientists’ role is to contribute scenarios on population heterogeneity that will include assumptions developed for the Shared Socioeconomic Pathways scenarios developed at IIASA for the international environmental research community. POP is expanding these through new bottom-up modeling of urban vs. rural place of residence for the case of India.

Researchers have completed population projections to 2100 for India by age, sex, and educational attainment for rural and urban regions of 35 States and Union Territories. Data from Census 2011 and from Sample Registration Surveys (1999-2013) of India were used to estimate the demographic, educational, and spatial heterogeneity. The data analysis and literature review were used to define a baseline scenario for India at the sub-national level.

The projection results will be presented at the conference of Population Association of America in Washington DC, USA, at the end of March 2016 and will be used in three IIASA models (regarding energy, food, and air pollution) in order to explore how better accounting of household socioeconomic heterogeneity in systems analysis improves prediction of global environmental change and human wellbeing, as well as the design of related policies.