Redefining the meaning of age

Life expectancies and levels of health in many developed and developing countries have increased significantly over the past decades, and are expected to continue increasing. In contrast to these profound changes, the concepts that demographers have used to analyze population-level aging have remained largely static. This project proposes alternative dynamic definitions of age. 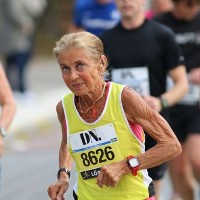 The characteristics approach: Substantial changes in life expectancy and health status in the 21st century have rendered traditional demographic measures of age (defined as time since birth) inadequate for the analysis of aging at the population level. A better understanding of age and aging, for both science and policy, requires new approaches. This project comprehensively reassesses population aging based on innovative alternative definitions and measures that are being developed within the project.

However, the characteristics approach is far more general. A number of studies have focused on life table characteristics. Remaining life expectancy has been used for producing a new, forward-looking definition of age, called prospective age. Prospective age has been used to produce new “old-age” thresholds, new proportions of the population who are “old”, new old-age dependency ratios, and new median ages. Short-period mortality rates are a rough but easily measurable health indicator. Alpha-ages based on those mortality rates have been used to assess the proportions of populations who could be considered old from a health prospective [2][3]. World Population Program researchers used the proportion of adult person-years lived after a particular age to construct a simple, hypothetical, demographically indexed, normal-public pension system, which is also intergenerationally equitable. New studies of labor force participation are now incorporating measures of life expectancy and health, and are utilizing the new intergenerationally equitable pension ages [4].

[1] Sanderson WC and Scherbov S (2013). The characteristics approach to the measurement of population aging. Population and Development Review 39(4): 673–685.