The Reassessing Aging from a Population Perspective (Re-Aging) project will develop new approaches to the study of age and aging that are appropriate for 21st century conditions. 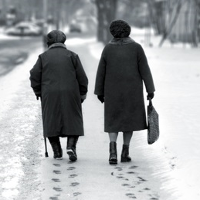 Life expectancies in the EU have increased significantly over the past decades and are expected to continue increasing. Age-specific health statuses have also generally been improving. In contrast to these profound changes, the concepts that demographers have used to analyze aging on a population level have remained largely static. The substantial changes in life expectancy and health status have rendered these traditional demographic measures inadequate for the analysis of aging at the population level in the 21st century.

A better understanding of age and aging, for both science and policy, requires new approaches. This project will comprehensively reassess population aging based on innovative alternative definitions of age and aging as pioneered by the project leader Sergei Scherbov and his colleagues.

Based on previous groundbreaking research that was published in Nature and Science, the project will produce new scientific knowledge that is useful in policy formulation and that can educate the public about population aging and its consequences. Among other things, the project will ascertain the extent to which advanced societies are actually aging in multiple dimensions, including health, cognitive abilities, and longevity. By addressing such fundamental issues this project will likely have a pronounced impact on future population aging research.

The major findings of the Re-aging project are presented a new book titled "Prospective longevity: A new vision of population aging" authored by Warren Sanderson and Sergei Scherbov published with Harvard University Press. In this pathbreaking book, Sanderson and Scherbov provide a new way to measure individual and population aging. Instead of counting how many years we’ve lived, we should think about the number of years we have left, our “prospective age.” Two people who share the same chronological age probably have different prospective ages, because one will outlive the other. Combining their forward-thinking measure of our remaining years with other health metrics, Sanderson and Scherbov show how we can generate better demographic estimates, which inform better policies. Measuring prospective age helps make sense of observed patterns of survival, reorients understanding of health in old age, and clarifies the burden of old-age dependency. The metric also brings valuable data to debates over equitable intergenerational pensions.

Characteristics Approach to the measurement of population aging

Warren Sanderson and Sergei Scherbov have developed a new paradigm in conceptualizing population aging: the Characteristics Approach to the measurement of population aging. The hallmark of the approach is the consistent use of changing characteristic schedules together with changing age structures, regardless of the exact way in which the two are combined. The proposed approach includes conventional measure of chronological age but is far more general. For concreteness, the initial focus was made on four characteristics: chronological age as a quantitative benchmark against which importance of the other characteristics is to be assessed; remaining life expectancy for producing a forward-looking definition of age; the mortality rate as a rough but easily measurable health indicator; and the proportion of adult person-years lived after a particular age that can be used to construct a simple hypothetical demographically indexed public pension system.

The new approach has strong implications both for research and policy. As the conventional old-age dependency ratios and their counterparts where threshold of being old is changing can behave quite differently, it is worth reexamining studies on, for example, dependency ratio effects on economic growth, using the characteristics approach. A similar approach can also be used in place of chronological ages in investigations and forecasts of health care expenditures.

This project has received funding from the European Research Council under the European Union's Seventh Framework Programme (FP7/2007-2013) under grant agreement No 323947. Project Name: Reassessing Aging from a Population Perspective, Re-Ageing.

Planning for a growing elderly population

Sergei Scherbov at the Gaidar Forum