Planning for a growing elderly population

The fact that people are living longer lives represents one of the crowning achievements of the last century, but also requires careful planning on the part of governments. A new IIASA study investigated the prevalence of activity limitations among older adults in 23 low- and middle-income countries, to help policymakers prepare for the challenges associated with the world’s aging population. 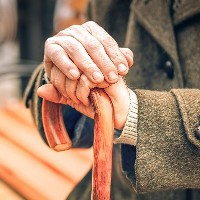 By 2050, the world’s population aged 60 years and older is expected to reach 2 billion, of which 80% will live in low- and middle-income countries. We know that not all people age the same way, as how healthy older people are very much depends on their physical and social environments, the health and social support systems in their countries, as well as on their personal characteristics. The effect is that some 80 year-olds may have physical and mental capacities similar to many 30 year-olds, while others may experience significant declines in their physical and mental health, even at a much younger age. Policymakers need comprehensive information around how people are aging in their countries and how much support they would need when they start to experience physical limitations related to old age, to enable them to plan for future public health infrastructure and services to provide for older people’s needs.

While European countries and the US have been conducting extensive surveys on aging and health for many years, there is very limited national information available for low- and middle-income countries. According to the authors of the new study published in Scientific Reports, only a few studies focus on low-income countries, and even fewer use comparable health measures. Using data from the World Health Survey and the UN World Population Prospects, the study for the first time makes projections of older adults with severe activity limitations for low- and middle-income countries.

“Just like high-income countries, low- and middle-income countries face a continuous increase in their share of older adults. Up to now, we however did not know much about how people age in these countries. In this study, we wanted to answer questions like whether we should expect many unhealthy older adults. How do people in low- and middle-income countries age? And, how many older adults with severe activity limitations, that most likely will not be able to live an independent life, can we expect in the next 30 years?” explains Daniela Weber, lead author of the study and a researcher in the IIASA World Population Program.

Applying an innovative methodology developed at IIASA, the researchers specifically looked at health status based on the activity limitations of older adults across the world and forecasted the share of men and women over the age of 50 with severe activity limitations in 23 low- and middle-income countries. The results revealed constant prevalence rates of older adults with severe activity limitations in low- and middle-income countries for the next 30 years, but overall, the authors say that they were surprised to observe similar health trends in these countries than in high-income countries. In addition, the study’s projections show large variation in the proportion of older adults with physical limitations across the 23 countries investigated. This can be attributed to disparities in health conditions in the respective countries, but also to differences in cultural peculiarities of reporting (such as it being more common to complain in some cultures than in others), and historical perceptions of health. With that said, all 23 countries are facing considerable demographic changes that will require policy interventions.

“The significance of population aging and its global implications cannot be overstated. It is important to raise awareness, not only about global issues pertaining to population aging, but also the importance of rigorous cross-national research and policy dialogue that will help address the challenges and opportunities of an aging world. This study contributes to the body of research that will help policymakers prepare for a future marked by the challenges associated with the continued growth of the world’s aging population. Preparing financially for longer lives and finding ways to reduce aging-related disability are likely to become national and global priorities,” concludes study author and IIASA researcher, Sergei Scherbov.