How effective is the promotion of low-meat diets at reducing greenhouse gas emissions compared to carbon pricing when the effectiveness of mitigation policies is measured against methane’s long-term behavior? An international team of researchers explored how focusing either on the short- or long-term warming effects of methane can affect climate mitigation policies and dietary transitions in agriculture. 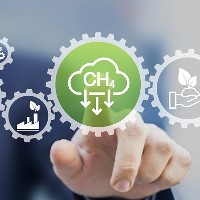 Unlike the other main greenhouse gases (GHG) and particularly carbon dioxide (CO2), methane (CH4) has a short atmospheric life (around 10 years). Its warming effect is significant in the short term but diminishes in the long term. Depending on the time scale considered, methane’s contribution to agricultural emissions and climate change may vary substantially. This has important implications in the design of global climate change mitigation policies for agriculture.

Based on projections from three agricultural economic models, the study just published in the journal Nature Food shows how different valuations of methane, reflecting either a short- or long-term focus, may affect the cost-effectiveness of mitigation policies and the benefits of low-meat diets.

Conventionally, the climate impact of a certain sector is evaluated through its annual greenhouse gas emissions, typically using the Global Warming Potential over a 100 year period metric  ̶  GWP100  ̶  which estimates the change in atmospheric energy balance resulting from a particular type of GHG emission. However, as GHG emissions are reported as CO2-equivalents (which is a very stable GHG), GWP100 can fail to capture how the relative impacts of different gases change over time.

The short-lived character of methane emissions has been arguably overlooked in most assessments of emission reductions required from the agricultural sector to achieve climate targets. The authors explored how different valuations of methane affect the ranking of mitigation policies in agriculture and, consequently, the sector’s contribution to global warming.

“The study highlights the importance of methane abatement options to slow down the contribution of agriculture to global warming. Given the short atmospheric lifetime of methane, which not only delivers climate effects on a relatively short time horizon, but also  contributes to climate change, this makes it an interesting and essential element in agricultural mitigation policy design,” explains study coauthor Stefan Frank, a researcher in the IIASA Integrated Biosphere Futures Research Group.

The findings indicate that mitigation policies focused on methane’s short-term impact lead to greater emission reductions and the authors highlight that focusing specifically on the short-term effects of methane will lead to larger reductions of emissions compared to policies that do not consider methane’s short-liveness. Such stringent mitigation policies can even result in methane’s contribution to climate change dropping below current levels (since the warming effect of methane disappears). In this respect, decreasing methane emissions have the same overall effect as CO2 uptake or carbon capture and storage technologies. 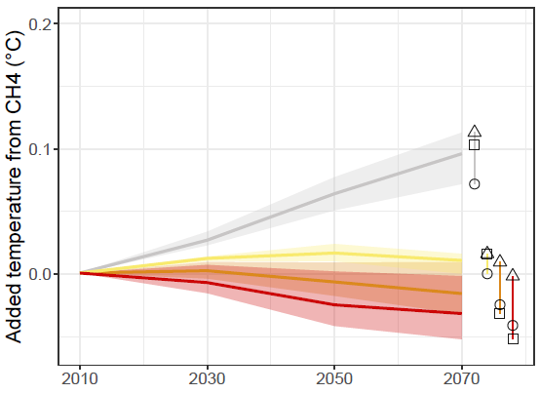 The authors further highlight that the impact of low animal protein diets as a mitigation option strongly depends on the context in which it is occurring. If mitigation policies base themselves on metrics that reflect methane’s long-term behavior (resulting in a lower relative valuation), methane emission intensity is not as greatly reduced by technical measures. Then, low meat diets appear as a more effective option to reduce emissions. If policies are less strict, reductions in meat consumption and consequently production in developed economies could therefore become an especially powerful mitigation mechanism.

“The methane specificities – by which we mean a significant warming effect and related mitigation potential in the short term and the “climate neutrality” of a stable level of emissions in the long term – deserve distinct treatment in climate mitigation policies. This has been also recognized in the Global Methane Pledge, announced by the US and the EU and supported by more than 100 countries, which represents a commitment to reduce particularly global methane emissions by at least 30% from 2020 levels by 2030,” says coauthor Petr Havlik, who leads the Integrated Biosphere Futures Research Group at IIASA.

A combination of innovative production-side policy measures worldwide and dietary changes in countries with high calorie consumption per capita could achieve the most substantial emission reduction levels, helping to significantly reverse the contribution of agriculture to global warming. 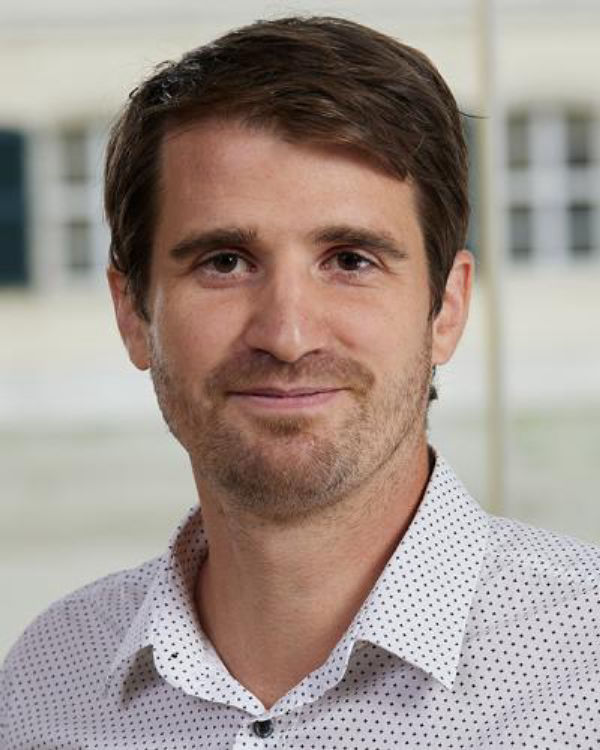