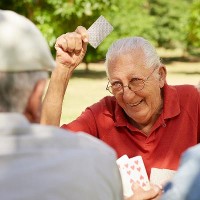 For many years, researchers at IIASA, under the leadership of Warren Sanderson and Sergei Scherbov, have shown that traditional measures of age and aging do not capture the changing characteristics and capabilities of people. Older people today are generally fitter and healthier than ever before and live much longer. Sanderson and Scherbov have provided additional measures that take longevity, among other characteristics of people, into account. The European Commission funded a 5-year project dedicated to those measures - the Reassessing Aging from a Population Perspective (ReAging) project which was led by IIASA World Population Program Deputy Director Sergei Scherbov. 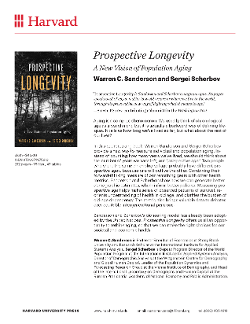 A complete description of the new measures of population aging developed at IIASA appears in a new book by Sanderson and Scherbov titled "Prospective Longevity: A New Vision of Population Aging" that will be published on 29 November 2019 by Harvard University Press.

A recent report by the UK’s Office of National Statistics entitled Living Longer: Is Age 70 the New Age 65? uses the new approach to population aging pioneered at IIASA. The report contains an innovative section on the historical relationship between health and measures of population aging. It concludes that IIASA’s approach is more consistent with changes in health over time than is the conventional approach. The Office of National Statistics report is an example of how IIASA’s research on population aging is increasingly being applied to aid in policy discussions.