New measures of population aging based on a dynamic view of how the characteristics of the elderly change now available for downloading. 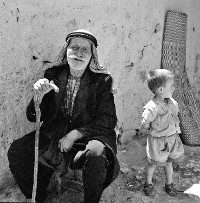 Populations all over the world are getting older. Not only will there be more elderly people alive in the future, but the elderly themselves will be changing. In general, they will be living longer, have better cognitive functioning, and be more educated. Nevertheless, conventional measures of population aging assume the characteristics of the elderly will not be changing.  The combination of this static view of the elderly and the dynamics of age structure change produces a misleading picture of how population aging evolved in the past and how it is likely develop in the future.

For the formulation of appropriate public policies and for an informed public discussion of population aging, it is crucial that the most accurate measures are used.

All the figures in Table Re-Aging 1 and Table Re-Aging 2 are based on data produced by the United Nations for the 2012 volume of World Population Prospects.

More details about these measures can be found in these publications:

Sergei Scherbov at the Gaidar Forum