The Transitions to New Technologies (TNT) Program aims to provide salient, timely policy advice to enable society to face the multi-faceted challenges of today’s world through fostering science and innovation. 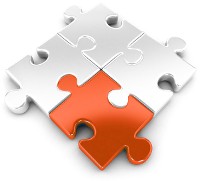 The campaign to support the Sustainable Energy for All (SE4All) initiative’s goal of doubling the energy efficiency improvements by 2030—was led by TNT researcher Luis Gomez Echeverri. This activity consisted of mobilizing cities, regions, and countries throughout the developing world (Africa, Asia, and Latin America) to develop roadmaps for scaling up activities and investments in energy efficiency. A team of public-private working groups to support this initiative were also set up, with expertise in several key energy-intensive sectors and areas (transport, buildings, industry, appliances, lighting, and district energy). This policy outreach work benefitted from drawing on previous TNT research on innovation systems, technology policy, and the work of the Global Energy Assessment.

Together with Nebojsa Nakicenovic, Gomez-Echeverri was also responsible for leading the SE4All initiative’s support of one of the four pillars of the Paris climate summit COP21 —the Lima Paris Action Agenda (LPAA) that was designed to mobilize action at the country level throughout the world. This activity included organizing Energy Day at COP21.

TNT's work on energy innovation systems has also attracted attention from decision makers and policy experts working at the interface between energy, climate, and technology. Implications of the 2014 book entitled Energy Technology Innovation by Arnulf Grubler and Charlie Wilson have been discussed with leading policy bodies including: Innovate UK, the UK Committee on Climate Change, the International Energy Agency, the Global Commission on the Economy and Climate, and the UN Department of Economic and Social Affairs (UN DESA). Grubler and Wilson also prepared a chapter on innovation policy lessons for UN DESA in a new book on green growth, to be published in 2016. This work was presented by Grubler as an invited keynote speaker in a session on energy innovation at the Scientific Conference on Climate Change in Paris, July 2015, in preparation for COP21.