Opening a new 5-year research cycle, the main thrust of TNT’s activities in 2015 were devoted to research planning and preparation both in-house IIASA and with international partners. Research concentrated on the continuation of multi-year, externally funded projects and research dissemination, with policy outreach a key focus. 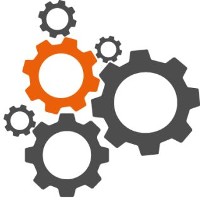 The year’s achievements included a successful bid for a highly competitive European Research Council grant for a project on social influence and the diffusion of low-carbon innovations. TNT Program members were also key contributors to the new IIASA Research Plan and to the design and preparation of two major multi-year, multi-partner research projects: Integrated Solutions for Water, Energy, and Land and The World in 2050. Research under the two externally-funded projects—the German Advisory Council on Climate Change and ALPS—continued in 2015 and online research tools and databases developed jointly with the Energy Program were maintained and expanded. A number of high-level publications in form of special journal issues, articles, and book chapters were published in 2015 and policy outreach focused on working with the UN, with emphasis on the Sustainable Energy for All Initiative as well as in preparations for the COP21 Paris climate agreement.

In 2015 the Transitions to New Technologies (TNT) Program won prestigious European Research Council (ERC) funding for a project on social influence and the diffusion of low-carbon innovations (SILCI). Given the highly competitive and selective nature of these multi-year, multi-million Euro ERC research grants, this showcases the quality and pioneering contributions to innovation studies and low carbon system transitions of TNT’s researchers. More

The Transitions to New Technologies (TNT) Program played a key role in the proposal for a large-scale, multi-year research project to analyze the synergies and trade-offs between different natural resource systems: Integrated Solutions for Water, Energy, and Land (IS-WEL). More

The World in 2050 (TWI2050) is an international collaboration launched by IIASA with international partners that will involve almost all research programs at IIASA with a focus on deriving viable pathways for achieving all 17 UN Sustainable Development Goals (SDGs). More

The German Advisory Council on Global Change (WBGU) is a scientific advisory body set up by the German government to provide policy advice. Transitions to New Technologies (TNT) researcher Nebojsa Nakicenovic has been one of the nine appointed members since the inception of WBGU and has been reappointed for a second term lasting to 2016. More

The successful online science tools and resources (models and databases) developed jointly by the Transitions to New Technologies (TNT) and Energy (ENE) Programs were maintained and expanded in 2015. More

In 2015, the Transitions to New Technologies (TNT) Program contributed substantially to a special issue of the journal Technological Forecasting and Social Change, exploring research on uncertainty and global transformations. More

In 2015 the first, interdisciplinary assessment of so-called negative emissions technologies—which actively remove CO2 from the atmosphere—was conducted by an international team including researchers from the Transitions to New Technologies (TNT) Program. More

Achieving all of the UN Sustainable Development Goals (SDGs) will be a remarkable challenge, requiring the most rigorous, integrated science. To aid this endeavor, the Transitions to New Technologies (TNT) Program contributed to a major report providing the first scientific assessment of the SDGs. More