In 2015 the first, interdisciplinary assessment of so-called negative emissions technologies—which actively remove CO2 from the atmosphere—was conducted by an international team including researchers from the Transitions to New Technologies (TNT) Program. 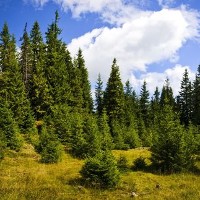 The work, which was published in Nature Climate Change [1], was initiated at a workshop co-organized by the Global Carbon Project and held at IIASA. The research exemplifies a typical technology assessment cycle: identification of technology potentials through scenario modeling studies; convening of an interdisciplinary team to conduct the assessment, which in this case focused on climate, ecological, nexus, as well as economic dimensions, and final publication and dissemination.

The study—which was coauthored by TNT’s Nebojsa Nakicenovic, Arnulf Grubler, and Mathis Rogner in addition to colleagues from the Energy and Ecosytems Services and Management Programs—concludes that despite continued, important uncertainties, negative emissions should not be regarded as a “silver bullet” in responding to the challenge of drastic emission reductions. As technologies, negative emissions options are very specific: they are single purpose (CO2 management) and thereby particularly vulnerable to the lack of a consistent and coherent carbon price signal, which is indeed likely to be missing under the fragmented national policy framework in a post-Paris agreement world. This represents a significant barrier to research and development, demonstration, and diffusion, and adds an additional element of economic uncertainty on top of the “negative” engineering economics (where the price of emission abatement is an inverse function of concentration) which renders direct air capture options in particular prohibitively expensive.

Lastly, important environmental impacts of negative emissions technologies and requirements on energy, water, and land need to be considered in addition to continued uncertainty on the actual impacts (reversibility) of the global carbon cycle.