IIASA researchers will participate in a workshop focused on the potential promise and problems of negative emissions as a method to mitigate climate change. 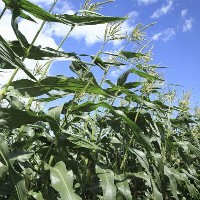 Negative emissions are an important aspect of most 2°C pathways in the Fifth Assessment Report, yet many aspects of potential negative emissions technologies remain uncertain. In particular, it is important to broaden the climate change mitigation perspective to take other policy objectives on board. In this workshop organized by the Global Carbon Project, researchers will focus on the negative emission technologies that are potentially at conflict with delivering on sustainable development objectives. These are typically those options that demand large areas of land, for example to grow huge feedstock of biomass for bioenergy, but we need to keep in mind that other options such as enhanced weathering with its large material flows and direct air capture with its high energy intensity have their own respective bottlenecks as well.

The workshop extends over two days and will include a day of public discussions aimed at capacity building and engagement, followed by a day for technical discussions among scientists involved in the Global Carbon Project. IIASA researchers from the Ecosystems Services and Management and Energy Programs will participate in the workshop.

Read more about negative emissions in a recent blog post by Sabine Fuss, a researcher at IIASA and the Mercator Research Institute on Global Commons and Climate Change (MCC).

13:40: The Need for Negative Emissions: Sabine Fuss and Pete Smith

14:10: From Global Biomass Issues to the Japanese situation: Florian Kraxner

9:50: Negative emissions in the AR5 scenarios and the interaction with SDGs: Volker Krey

About the Global Carbon Project

The Global Carbon Project (GCP) was formed to assist the international science community to establish a common, mutually agreed knowledge base supporting policy debate and action to slow the rate of increase of greenhouse gases in the atmosphere.

IIASA has been closely involved with the GCP since its inception. IIASA researcher Sabine Fuss currently serves on the scientific steering committee, and Deputy Director General Nebojsa Nakicenovic is co-chair of the steering committee.