The German Advisory Council on Global Change (WBGU) is a scientific advisory body set up by the German government to provide policy advice. Transitions to New Technologies (TNT) researcher Nebojsa Nakicenovic has been one of the nine appointed members since the inception of WBGU and has been reappointed for a second term lasting to 2016. 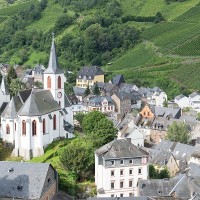 During 2015 the WBGU has been working intensely on the finalization of its urbanization flagship report entitled: "Humanity on the move – Unlocking the transformative power of cities." As the title emphasizes, a large number of people will settle in urban areas during the 21st century, and cities and towns will continue their unique role as spatial nodes of the knowledge economy, and of technological and social innovations. Cities therefore must become the driving source of sustainability transformations with respect to environmental, technological, and social dimensions.

Work on the urbanization flagship report is currently being completed and the official handover to the German government is scheduled for April 2016. In the follow-up, several dissemination activities are planned, including an active role at the Habitat III conference in Quito, Ecuador. Nakicenovic is assisted by Sebastian Bush in his WBGU contributions.