A new interdisciplinary cross-cutting project aims to narrow the gap between case studies and mathematical models by focusing on formal and informal institutions for overcoming the tragedy of the commons, using experimental games and agent-based models as stepping stones. 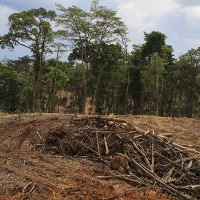 Long-established research by the Evolution and Ecology Program (EEP) on cooperation evolution has acquired new dimensions and additional momentum through the start of a new interdisciplinary cross-cutting project bolstering collaboration between EEP and IIASA’s Risk, Vulnerability and Policy (RPV) Program.

A range of studies have assessed the merits of alternative incentive schemes for promoting cooperative behaviors: 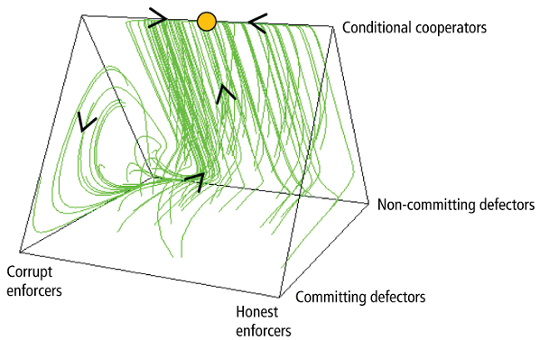 Figure 1. Conditional cooperation prevails if corrupt law enforcers can become known. Green curves and black arrows show the dynamics of social learning in the groups of foresters (up-down and near-far) and enforcers (left-right). The outcome of these adaptations is indicated by the orange circle: a fraction of enforcers are corrupt, while all foresters eschew illegal logging and commit to be overseen only by enforcers not known to be corrupt (click on image to enlarge).

This research is complemented by studies of situations that impose extra challenges on the emergence and stability of cooperative behaviors: 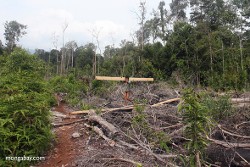 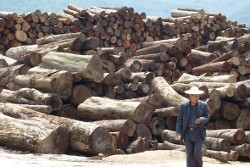 [2] Sasaki T (2014). The evolution of cooperation through institutional incentives and optional participation. Dynamic Games and Applications 4:345–362.

Growing cooperation: First the carrot, then the stick