Growing cooperation: First the carrot, then the stick

To encourage cooperation in groups, a combination of rewards and penalties is best, according to a new study by researchers at the International Institute for Applied Systems Analysis (IIASA). 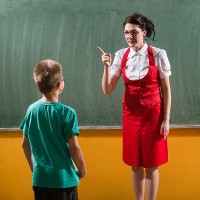 An adaptable strategy that intelligently and flexibly combines positive and negative incentives turns out to be the optimal approach for institutions to encourage the highest level of cooperation at the lowest cost, according to a new study published in the Royal Society journal Interface.

The new study is the first to examine the optimal institutional strategy to induce cooperation when rewarding and punishing are both possible. Previous studies of cooperation had either examined rewards and penalties in isolation, or focused on peer-to-peer sanctioning.

“In real life, such as in unruly school classes, cooperation is usually promoted by a teacher’s authority in providing positive and negative incentives,” explains Dieckmann. “Previous models focusing on sanctions from one peer to another are not a perfect match for these situations: even though one student may exhort another, that is simply not the main mechanism by which a class is pacified.”

The new study used a game-theoretical model to examine different incentive schemes, accounting for different group sizes and incentive costs. By modeling the actions of a network of rational agents, the researchers allowed cooperation levels in the system to adapt. Through this process, it became clear that an optimal strategy to encourage cooperation would start with rewarding cooperative agents. Only after a sufficiently large proportion of agents have thus been converted to cooperation, the authority would shift to a system of punishing wrongdoers.

The study provides insights into many real-world problems. For example, the researchers say, a teacher could use such a strategy to encourage good behavior in his or her students, by first rewarding those who displayed the desired behavior. Once a majority of students have begun to model the good behavior, the teacher would switch to a punishment approach.

Because of the ubiquity of cooperation dilemmas at all levels of social organization, game-theoretical studies of this kind can provide a new perspective on global and environmental problems that require local, regional, national, or international cooperation, such as climate change or pollution, in interactions among people, businesses, institutions, and governments.