The Energy (ENE) Program is providing policy guidance and strategic advice to decision makers in various international settings. Major policy-relevant activities and scientific policy advice in 2014 included the 2014 GAP report of the United Nations Environment Program (UNEP), Sustainable Energy for All (SE4All), and contributions to the Summary for Policymakers of the Fifth Assessment Report of the Intergovernmental Panel on Climate Change (IPCC, Working Group I, III, and the Synthesis Report). 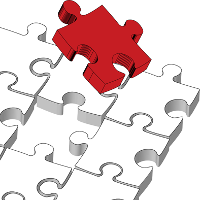 Krey, Riahi, and Rogelj participated in the IPCC approval sessions and the negotiations with government delegations (in Berlin and Copenhagen) which led to the final approval of the AR5 Working Group III (WGIII) Report and the Synthesis Report. Krey and Riahi served on the Summary for Policymakers and coordinated critical areas across Working Group III. Rogelj was an author on both the WGI and WGIII report.

ENE’s Joeri Rogelj, David McCollum, Volker Krey and Keywan Riahi were among the international team of 38 scientists convened by the UNEP Emissions Gap Report 2014, presented to world leaders at the 2014 international climate negotiations in Lima. The Report emphasizes the need for global carbon emissions to be reduced to zero if global warming is to be stabilized at any level.

In 2014 the international climate negotiations of the Un Framework Convention on Climate Change (UNFCCC) worked toward a new global agreement scheduled for conclusion in 2015, including determining the adequacy of the long-term 2°C limit to warming. IIASA's ENE scholars Volker Krey and Joeri Rogelj participated in a Structured Expert Dialogue (SED) between UNFCCC policymakers and stakeholders and scientific experts, and provided key insights from the integrated assessment modeling literature on transformation pathways towards limiting global temperature rise to 1.5 or 2°C.

ENE co-organized two conferences in Brussels in January and September 2014 to disseminate and communicate key findings related to climate change mitigation research to international and European stakeholders and policymakers.

Sustainable Energy for All (SE4All)

ENE participated in an effort to explore linkages between SE4All objectives and other sustainability goals to assess how achievement of SE4All can help progress on global problems on poverty eradication and climate change.