The AMPERE database, operated by IIASA for the AMPERE consortium, hosts the model results for work packages 2, 3, and 5, as well as the results from the model diagnostics project. AMPERE scenario data were used in a series of research papers, which were published in a special issue of Technological Forecasting and Social Change as well as other journals. In addition, the results were used in the 5th Assessment Report of Working Group III of the IPCC. 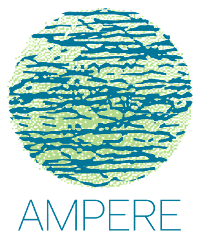 The AMPERE project was a collaborative effort among 22 institutions in Europe, Asia and North America that started in February 2011 and concluded in January 2014. The AMPERE results have improved our understanding of possible pathways toward medium- and long-term climate targets at the global and European levels and provided insights into the cost implications of policy delay, technology availability and unilateral action in a fragmented international policy landscape. AMPERE was funded by the European Union Seventh Framework Programme (FP7) under grant agreement no. 265139. AMPERE stands for "Assessment of Climate Change Mitigation Pathways and Evaluation of the Robustness of Mitigation Cost Estimates". The research was divided into five work packages, which focused on the following research questions.

AMPERE scenario data were used in a series of research papers, which were published in a special issue of Technological Forecasting and Social Change as well as other journals. In addition, the results were used in the 5th Assessment Report of Working Group III of the IPCC.

Contents of the Database

The database, operated by the International Institute for Applied Systems Analysis (IIASA) for the AMPERE consortium, hosts the model results for work packages 2, 3, and 5, as well as the results from the model diagnostics project. Definitions of the variables used in the respective work packages are listed here. Each set of results can be accessed in separate database views, which are organized as follows.

The results for work packages 2 and 3 are combined in the WP2+3 view. Nine models (DNE21+, GCAM, IMACLIM, IMAGE, MERGE-ETL, MESSAGE, POLES, REMIND, and WITCH) participated in WP2, which explored (a) implications of short-term emission targets for the cost and feasibility of long-term climate goals; (b) the role of technology for the attainability of climate targets; and (c) technology diffusion in integrated assessment models compared with successful examples of technology diffusion in the past.

Eleven models (DNE21+, GCAM, GEM-E3, IMACLIM, IMAGE, MERGE-ETL, MESSAGE, POLES, REMIND, and WITCH, and WorldScan) participated in WP3. These teams (a) conducted modelling comparisons to assess unilateral action by a first mover pursuing strong climate policy despite lack of global participation before 2030, as well as staged accession by the rest of the world to a global climate regime after 2030. In addition, WP3 performed (b) a comparison of 21st century emission drivers in the model study scenarios with historical trends.

PLEASE NOTE: The WP3 results were also used by WP5 in an ex-post analysis of the specific impacts on Europe of unilateral EU first mover action. For this purpose, the European model NEMESIS also calculated the WP3 scenarios. NEMESIS data for the EU region are thus included in this database even though NEMESIS data were not used for WP3, but rather were only used for WP5.

The results for work package 5 are in the WP5 view. Seven energy-economy models (GAINS, GEM-E3, Green-X, NEMESIS, PRIMES, TIMES-PanEU and WorldScan) participated in WP5, which addressed questions regarding (a) the role of interim emission targets, limitations in technological options, and path dependency for the achievement of the European decarbonisation target for 2050; (b) the impact of unilateral European climate policy on different economic sectors; and (c) the possibility of economic advantages arising from technological advances in clean energy producing sectors due to European climate policy. The analysis of the impacts of unilateral European climate policy was based on data from the WP3 scenarios.

More information on the scenarios, objectives, and assumptions for this work package can be found in the study protocol for WP5. The findings related to the role of emission targets, technology options and path dependency for European decarbonisation is provided by Capros et al. (2014).

The results for the model diagnostics project are in the Diagnostics view. AMPERE performed diagnostic exercises that identified distinct classes of models that differ in their responses to climate policy scenarios. The diagnostic analysis focused on the AMPERE models with global coverage but also compared the global results with regional results, including those of the EU model PRIMES. The diagnostic work developed a rough model classification scheme as well as a set of diagnostic indicators.

The results of the AMPERE modeling comparison exercise