The importance of governance

New global emission scenarios enable a fresh perspective on air pollution trends in different world regions, and in particular on the importance of proper governance for future air quality. 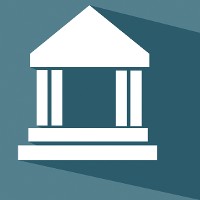 Conventional long-term projections of global air pollutant emissions in the literature that have been often used for climate simulations have frequently ignored the pivotal role of policy interventions. By assuming autonomous decline in emission intensities following the assumed increase in per capita income, the literature suggested air pollution to be a diminishing problem, sharply declining as a mere consequence of increasing economic wealth. However, such an inverse relationship between pollution and wealth (the environmental Kuznetsk hypothesis) has been demonstrated only for urban SO2 emissions in the past, and such behavior is less obvious for other pollutants. Turning points, if they can be observed at all, occur in different world regions at different income levels. Furthermore, experience shows that bending trends downwards requires strong policy interventions, in response to public pressure and incorporating scientific findings.

The new GAINS scenarios indicate that future emissions of, for example, nitrogen oxides (NOx) could vary by up to a factor of four, between a scenario that assumes no further air pollution controls and a case in which all emission control measures that are commercially available today are fully implemented.

As elaborated in a review paper [1], governance, including compliance with already agreed emission control legislation as well as additional new policy interventions, is a key factor in determining future air quality.