Transitions to New Technologies (TNT) scientists are part of the German Advisory Council on Global Change (WBGU), a scientific advisory panel established by the German government. Nebojsa Nakicenovic, one of the nine members of the WBGU since its inception, was reappointed in 2014 for a second term. 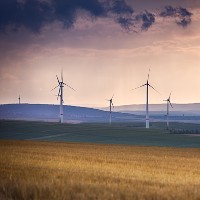 The work for the WBGU in 2014 focused on three main areas:

The WBGU oceans flagship report highlights in particular the key aspect of international governance for any potential application of new technologies aiming to harness and sustainably manage oceanic resources.

The new WBGU work on urbanization is being informed by previous TNT research on urban energy systems performed under the Global Energy Assessment (GEA). WBGU aims to better assess the complexities of the urban metabolism beyond energy and climate aspects and to assess options for redirecting urban resource streams toward a higher degree of circularity.