Civil society must play a key role in the push for a global climate change agreement, according to a new report from the German Advisory Council on Global Change (WBGU). 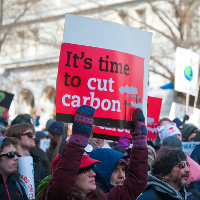 IIASA Deputy Director General Nebojsa Nakicenovic is a member of the WBGU, which released the report today in advance of the UN Climate Summit in New York next week. The report argues that climate movements at the civil level—including social networks, city and local councils, religious communities, business, and clubs—will be key players in the effort to make a global agreement on climate change, particularly as global agreements have so far remained stalled.

Around the world, movements to combat climate change are growing at all levels of society. The report describes the broad range of initiatives that are already raising awareness and mobilizing people for climate protection. One example is the divestment movement in the USA, which began in the universities and targets the extraction of fossil fuels: more and more shares in fossil-fuel companies are being sold and re- invested in more sustainable sectors.

IIASA Council Chairman Peter Lemke is also a member of the WBGU. 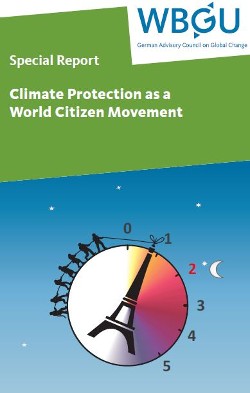 The report notes that international agreements are still indispensable. It recommends designing the new global climate agreement as a legally binding protocol to the UN Framework Convention on Climate Change (UNFCCC) and enshrining therein both the 2°C guardrail and a specific target date for the complete elimination of CO2 emissions from fossil-fuel combustion.