Impact Sheet #19, January 2021. IIASA research has guided the global policymaking community in their efforts to limit global temperature increase to this ambitious goal. When the world’s attention was focussed toward the 2°C target, the institute’s sophisticated analysis mapped credible pathways towards the 1.5°C goal. 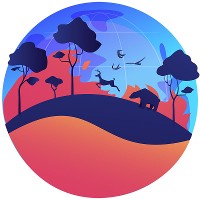 I know the science is true, I know the threat is all-encompassing, and I know its effects should emissions continue unabated, will be terrifying.

In the years between the failed 2009 Copenhagen UN Climate Change Conference and the Paris Agreement of 2015, world leaders were focusing on limiting global temperature increase to 2°C above pre-industrial levels by the end of the century. Also in these crucial years, most research focused on the 2°C target – how to achieve it and the likely impact. At some point in the hothouse of those 12 days of the 2015 United Nations Climate Change Conference (COP21) in Paris, however, something shifted.

“The inclusion of a 1.5°C option in the draft agreement is remarkable,” said Joanna Haigh, a leading Intergovernmental Panel on Climate Change (IPCC) author, professor of atmospheric physics, and co-director of the Grantham Institute for Climate Change and Environment at Imperial College London. She was speaking at the Paris summit and reflecting the reactions of many, especially the 100 countries who considered the impact of a 2°C rise unacceptable. This “remarkable” turnaround has direct links to IIASA research.

IIASA was one of the few scientific research organizations to conduct the sophisticated analysis and develop an evidence base eventually leading to the more ambitious temperature goal: “to keep global warming well below 2°C” and perhaps more importantly, agreement to strive for the 1.5°C limit. Since the Paris summit, IIASA has continued to build on this research providing policymakers with feasible pathways towards meeting their commitments.

“Before Paris, the study that I led on 1.5°C pathways was the only study showing how you would go about achieving this goal and that it is technologically possible,” he says.

According to Rogelj, there were different stages at which IIASA research reached policymakers, the first stage being in Paris and ultimately post Paris with the IPCC Special Report on global warming of 1.5°C.

“Because there was so little known about these 1.5°C emissions pathways and the impacts at that level of warming, the IPCC was asked to prepare a Special Report, which was published in 2018,” he adds.

This was a case of IIASA research providing robust evidence, which both then and now is informing climate and development policy decisions at national, regional, and city level around the globe.

However, the change of direction in Paris required more than robust evidence of the cost and consequences of climate change. Research from IIASA, published in respected journals like Nature, quantified and ranked the uncertainties surrounding climate change and concluded that the most important uncertainty is political.

“People quickly realized that in fact the targets were technologically and economically feasible – but only if given sufficient policy attention necessary to introduce fundamental structural change,” says IIASA Energy Program Director Keywan Riahi, who worked on the 2013 paper “Probabilistic cost distributions for climate change mitigations”.

The IIASA study summarizing the Assessment of Climate Change Mitigation Pathways and Evaluation of the Robustness of Mitigation Cost Estimates (AMPERE) project, was the only study cited in the official United Nations Framework Convention on Climate Change (UNFCCC) document in preparation for Paris, and was essential in informing the Paris summit.

Approximately 100 small, poor, and island states came to the Paris summit concerned about the consequences of a 2°C target for them and especially the cost of delaying emissions reductions. Through work done by IIASA, these countries were armed with the knowledge that reaching low climate targets such as “well below 2°C” would escalate and in some cases become unaffordable unless existing emissions pledges were modified and deeper emissions cuts agreed. This work was part of the Shared Socioeconomic Pathways (SSPs), which provide integrated analysis of future climate impacts. Delegates were able to understand and discuss the pace of change and the concrete measures required with experts and policymakers. The voices of these states, the most vulnerable to climate change, were crucial to the outcome of the Paris Agreement.

Along with the SSP Scenarios, IIASA provides leadership to the integrated assessment modeling community by contributing to and hosting numerous databases including from the AMPERE project. This collaboration among 22 institutions is improving understanding of possible pathways towards climate targets at regional and global levels.

In just one example of the impact of IIASA energy research, the Inter-American Development Bank (IDB) in a paper on Societal Benefits from Renewable Energy in Latin America and the Caribbean, cites the IIASA Global Energy Assessment (GEA) scenario as “revealing and useful” when deciding between renewables and a business-as-usual approach to energy investment.

IIASA research on extreme events linked to climate change is also making an impact on policymakers. A team led by IIASA researcher Edward Byers showed that global exposure to risks across multiple sectors approximately doubles between 1.5°C and 2 °C global mean temperature (GMT) change and doubles again with a 3°C GMT change. For populations vulnerable to poverty living in the hotspots, the exposure is much greater.

India has recently seen such risks become reality, experiencing both heat waves and flooding. In Southeast Africa, flooding from Cyclone Idai followed a severe drought, creating what the UN described as a “massive disaster”. Assisted by IIASA research, policymakers can clearly see the enormous benefits of avoiding these impacts, and this has led to similar work on climate vulnerability with governments via the Green Climate Fund.

Following the Paris Agreement there was a need to strengthen knowledge and understanding of how to achieve the 1.5°C target. IIASA provided leadership to the integrated assessment modeling community:

IIASA coordinated the CD-Links project, which ran from 2015-2019. CD-Links is now emerging as a major resource for research into the complex interplay between climate action and development. It has become a tool for financial institutions, including central and commercial banks, as they assess risks in the transition from a fossil-fuel based economy to a low-carbon economy.

The Global Hotspots Explorer is an online resource mapping impacts, vulnerabilities, and risks arising from development and climate change in the water, energy, and land sectors. It uses state-of-the art models to interactively communicate the future trends of 14 indicators of development and climate-induced challenges. Agencies like the United Nations Industrial Development Organization (UNIDO) will use the Hotspots Explorer in planning future development projects.

2009: Following the UN Climate Change Conference in Copenhagen in 2009, most research focuses on how to limit global temperature increases to 2°C as the most ambitious climate change goal.

2013-2015: IIASA and research partners conduct and publish a series of analyses showing the technological feasibility of achieving a 1.5°C limit.

2015-20: IIASA and research partners play key roles in advancing knowledge and understanding on how to achieve the 1.5°C target, including developing the SSPs for the climate change research community and making significant contributions to the IPCC Special Report on Global Warming of 1.5°C.