Impact Sheet #16, February 2017. IIASA analysis has formed the backbone of European air pollution policy since the 1980s, including the latest agreement which became law in December 2016. Scientists at the institute are now applying their expertise to the urgent air pollution situation in other parts of the world. 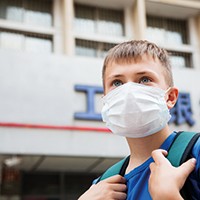 European air quality has improved substantially in recent decades, in large part because of effective policies informed by IIASA analysis. And IIASA analysis shows that these policies have also helped Europe avoid increasing pollution and the significant health and environmental impacts that would have come with it.

From 1990 to 2010, Europe managed to reduce population exposure to PM2.5, one of the most damaging pollutants to human health, by about 45%. Without policies, estimates show that PM2.5 levels would have continued to increase and in 2010 would have been approximately three times higher than in reality. Furthermore, the health impacts of ozone would have been 70% higher. Environmental problems such as acidification would have been 30 times more than severe than today, and eutrophication from nitrogen pollution around three times higher.

IIASA analysis laid the groundwork for a series of air pollution policies in Europe, starting with the Convention on Long-range Transboundary Air Pollution, signed in 1979. The treaty was one of the first successful international agreements on environmental pollution. Since 1995, IIASA has provided the quantitative analysis for the subsequent European air quality policies, including the National Emissions Ceiling Directives from 1996 to 2000, the Gothenburg Protocol revision in 2011 and 2012, and the Thematic Strategy on Air Pollution from 2012-2015, which was used to define the new Clean Air Policy Packages which came into effect in December 2016. If successfully implemented, the new agreement would cut health impacts of air pollution in Europe by 50% in 2030, as well as reducing environmental impacts such as forest damage and biodiversity loss. IIASA research also supported the 2014 European Commission proposal on climate targets, which would reduce EU greenhouse gas emissions by 40% below the 1990 level by 2030. IIASA researchers contributed to an impact assessment which showed the benefits and costs of different policies.

The IIASA GAINS model assesses a variety of pollutants, their sources, and the costs and benefits of a number of interventions, providing an independent resource that policymakers can rely on to make successful and cost-effective policies.

Europe has made drastic improvements in air quality since the 1980s through a series of policies and treaties informed by IIASA science, including the Gothenburg Protocol, and the Convention on Long-range Transboundary Air Pollution.

IIASA researchers provided the analysis behind the new European Clean Air policy, which became law in 2016 and aims to reduce health impacts of pollution by 50% compared to 1990 levels in 2030.

Greenhouse gases are also included in GAINS, and the model has been used for climate policy input at global and European levels, including the EU Climate and Energy Strategy for 2030.

The GAINS model has global coverage, including regional versions for South Asia and China, which are being used by policymakers to support new policy development.

Researchers at IIASA are working with policymakers in other regions to tackle city-level pollution and other specific issues.