Impact Sheet #2, November 2014. Natural disasters, particularly in developing countries, can swamp governments’ ability to support the relief and reconstruction process. Through its catastrophe simulation (CATSIM) model, IIASA has helped many governments to identify their financial and economic resilience and design efficient and appropriate risk-management and -financing strategies, putting governments into a position to proactively tackle the increasing burdens from natural disasters. 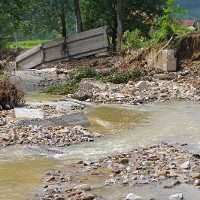 More than 9,000 people lost their lives in the 1985 Mexico City earthquake, with the direct economic cost estimated at about US$8 billion (2010). Mexico lies in an active seismic region and in the path of tropical storms; its population and economy are highly exposed to natural hazards. The 1985 earthquake prompted substantial efforts in Mexico to identify, reduce, and finance disaster risk before the event, and led the country to work with IIASA and partners to examine different options for risk management. Partly informed by IIASA analysis, in 2006 Mexico became the first country to transfer public sector natural catastrophe risk by transferring it to the international reinsurance and capital markets. The Mexico model set a global precedent for similar public risk management strategies, and other disasterexposed countries and regions have followed suit, such as Caribbean countries where IIASA has been active.

CATSIM was designed by IIASA scientists for experts and non-experts to explore resilience
and different strategies to manage risks with a focus towards risk financing strategies. It does
not point out “optimal” strategies, but yields insights into the pros and cons of different
policy options. For the Mexican government, the interactive model provided a clear picture of
the different risks posed by earthquakes to public inances and helped identify those that could be cost-effectively transferred to the international inance markets. As carried out for Mexico and the Caribbean, IIASA provides hands-on training in CATSIM for governments.