Groundbreaking research by an IIASA scholar in the 1980s pioneered a new approach in economics that helped the U.S. government take legal action against Microsoft. The research argues that small, random events could lead a technologically inferior product to dominate the market. 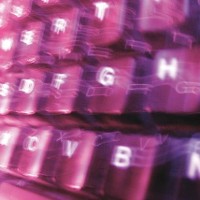 Today nearly every typewriter and computer keyboard in the Western world has the keys Q, W, E, R, T, and Y along the top row of letters. This is not the most efficient or practical way to organize the keys on a keyboard, yet the QWERTY keyboard dominates the market. Why? The winning videotape format, VHS, cornered the market despite its rival format, Beta, being technologically better. Again, why?

In the early 1980s conventional economics didn’t provide an answer. Economist and engineer Brian Arthur, however, was convinced he had found it. He applied the concept of increasing returns to high?technology markets. But his pioneering work so challenged economic orthodoxy that it took six years and 14 rewrites before his IIASA working paper, On Competing Technologies and Historical Small Events, was published in the professional academic journal, The Economic Journal. 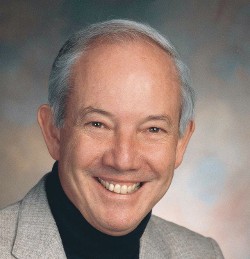 W. Brian Arthur worked at IIASA from 1977 to 1982, and again in the summer of 1983, when he developed a tangible analysis to show increasing returns

So why did the QWERTY keyboard dominate? “Before 1873 typewriters had a variety of keyboard designs including alphabetical order,” explains Arthur. “But in 1873 engineer Christopher Scholes designed the QWERTY layout so that most words were spelt using keys from different parts of the typewriter. It was designed to slow down the typist, in order to stop the keys jamming.”

“Then the Remington sewing machine factory in New York began to mass produce a typewriter with the QWERTY keyboard. More employers bought the keyboard and made more staff learn to type with it. In turn, this encouraged more manufacturers to produce the QWERTY keyboard, making even more typists learn it and so on, with the result that QWERTY eventually became the standard used by millions of people today.”

In the 1980s conventional economics argued that free markets were stable, balancing supply and demand, and that they automatically found equilibrium by choosing the most superior product and making the most efficient use and allocation of resources. And so the case of the QWERTY keyboard was an anomaly.

Arthur argued that the QWERTY keyboard demonstrated something else. It showed a complex economy where small events in the past could, by chance, have enormous implications for the future. The reason is that QWERTY and other keyboard layouts show positive feedbacks to adoption. If more people adopt QWERTY, it gets ahead and other people—new typists, typewriter manufacturers—find it advantageous to go along with this. Advantage begets further advantage, or in economics terminology, QWERTY shows increasing returns. In this way small fortuitous events, such as who chose what first or unexpected orders, can lock an inferior technology into the dominant position in the market for a long time, regardless of the advantages of the alternatives. And, in turn, especially in the high-technology industries, the free market may not select the best products.

Yet in the early 1980s Arthur’s work drew hostile responses. “If you are right, capitalism can’t work,” said one Harvard economist. “Your argument cannot be true,” claimed an equally eminent Russian economist.

But Arthur was convinced he was right. While completing his PhD he had worked at the management consultancy McKinsey and saw how Germany’s industrial heartland in the Ruhr Valley had built up organically rather than following the predictable path described in conventional economic textbooks. In the mid-1970s Arthur’s research on fertility and economic development for a U.S. think tank, the Population Council, taught him how deeply economics was intertwined with politics and culture, rather than being simply a matter of supply and demand. Such insights helped persuade him that increasing returns made sense of a lot of otherwise unexplained or unconsidered phenomena in economics.

If Arthur was to convince his academic colleagues, he would need tangible analysis rather than a series of anecdotes. When he arrived at IIASA in the 1970s he began researching outside economics, delving into other disciplines—molecular biology, nonlinear physics, and probability theory. He had first visited IIASA in 1976 and he eagerly returned the next year as a member of the research staff. “The free atmosphere of science, the time available to get work done, the Schloss and its surroundings—all these proved irresistible,” he explains. And Arthur was to have an extremely productive time at IIASA over the following six years.

IIASA’s unique environment, bringing leading scientists from different disciplines and countries together in interdisciplinary work, was to be crucial. Indeed IIASA was probably the only place in the world at this time that a researcher such as Arthur could work closely and freely with different disciplines and nationalities. A physicist colleague at IIASA helped him look into the inner workings of liquids and solids. The physics described atoms and molecules interacting in massive numbers, with small initial differences leading to hugely different outcomes. This self-organizing system could arrange itself into a whole series of complex structures, and Arthur was astonished by the similarities he saw to increasing returns.

If physicists could prove what they described with mathematics, Arthur too wanted a mathematical framework to describe what he was observing more and more frequently. At the time many people at IIASA were buying Volkswagens and Fiats. “Suppose these were the only two models available,” says Arthur. “You aren’t sure which one to buy so you ask a couple of people. It so happens that these two people have VWs and they tell you the car works well. So you also decide to buy one. Now there is one more VW driver in the world. This also means that a future buyer is a little more likely to come across a VW driver. So the buyer is a little more likely to choose a VW than you were. With enough lucky chances like this, VW can dominate the market.”

Arthur asked several professional probability theorists for help in finding a tangible proof. No one could help until a Soviet mathematician stepped forward. Ironically, it was notionally in a Soviet’s ideological best interest to show that the free market had flaws. Yet it was only at IIASA that such international research collaborations could take place free from the constraints of national self-interest.

In the early 1980s Arthur shared an office at IIASA with Ukrainian mathematician Yuri Ermoliev, an excellent probability theorist according to Arthur. One day Ermoliev asked Arthur to show him the problem. “I think I have an idea that will point toward a proof,” Ermoliev said. Together with another Ukrainian probability theorist, Yuri Kaniovski, they developed a series of path?breaking approaches in mathematics to show increasing returns and how different random events can result in radically different outcomes.

While Arthur struggled to get this work published in an economics journal, Ermoliev and his colleagues built on the approaches to establish what were, in the 1980s, new state of the art mathematical techniques. The benefits of the new mathematical approaches were quickly seen. They helped scientists better analyze the host of variables and uncertainties that are typical of socio-economic and environmental systems.

Finally, by the late 1980s Arthur began to reap the rewards of his work on increasing returns: he won a Guggenheim Fellowship in 1987 and the Schumpeter Prize in Economics in 1990. In 1989 he published a revised version of his IIASA paper in The Economic Journal. The economic community praised his innovative work. “Arthur’s papers, while modeled according to the highest analytic standards, sometimes look different from standard economic analysis, and that is a compliment,” wrote Economics Nobel prize winner Kenneth J. Arrow in 1994.

And it wasn’t just the academic world that recognized the value of positive?feedback economics. In the mid-1990s increasing returns provided the intellectual underpinnings for the U.S. government’s antitrust case against Microsoft. Joel Klein, the head of the U.S. Justice Department’s antitrust division, led the case that indicted Microsoft of improperly leveraging its monopoly in the market for PC operating systems to harm rivals in the Web browser market. Klein credits Arthur in particular with influencing his thinking on how high-technology markets operate. While a settlement was finally reached between Microsoft and the Justice Department in 2001, Arthur’s work continues to provide vital insights for many governments and businesses all around the world who want to promote and develop technology.?

Read more from this issue