within Class 6 - the Technical and Environmental Sciences 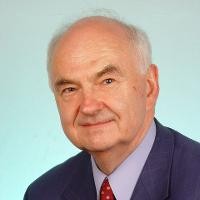 The European Academy of Sciences and Arts is a European academic forum with 1,800 members worldwide, among them 32 Nobel Prize winners.

As an 'independent knowledge pool' the Academy aims to discuss current issues across different academic fields and cultures as well as promoting transnational dialog for the good of those living and working in Europe. The Academy focuses on three areas: the development of knowledge, the dissemination of scientific information, and the implementation of international projects.

Professor Kacprzyk's relationship with IIASA began in 1977 and continues today. Professor Kacprzyk first began to work on an agricultural planning model in the Regional Development Group led by Murat Albegov, which resulted in a fuzzy model of integrated regional development. Then from 1984-1988, Professor Kacprzyk collaborated with Dr. Serguey A. Orlovski on the Large International Rivers Projects. The outcome then was a novel fuzzy querying interface with linguistic quantifiers as a decision support systems. The work Professor Kacprzyk developed at IIASA has lead to five book publications and more than 350 paper publications. More recently in 2009, Professor Kacprzyk was a member of IIASA's Strategic Plan 2011-2020 Committee.

"One cannot neglect the great role of IIASA for the development of so many scholars and researchers in virtually all member countries. These people have been inspired by IIASA, grow professionally due to opportunities created by IIASA. The Institute is a perfect example of developing human capital which is a decisive factor in this new economy that is going to shape the future." Professor Janusz Kacprzyk, 2006

European Academy of Sciences and Arts