During the IIASA Director General and CEO Prof. Dr. Pavel Kabat official visit to Egypt, he met with IIASA Alumnus Prof. Abdel-Hamid El-Kassas who is now the President of the Institute of National Planning in Cairo. 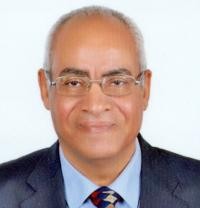 Among the high level officials Prof. Dr. Pavel Kabat met with in Egypt was a former YSSPer.  Below Prof. Abdel-Hamid El-Kassas shares with us his professional journey, which started with his YSSP experience in 1994.

"The 1994 YSSP program was one of the most remarkable events in my life, which I remember until today because it helped me while I was working on my Ph.D. thesis. My topic was population-economy-environment integrated modeling. It was fruitful experience for me; it helped me understand the complex systems and how to model the interaction between population, development and environment.

I would like to seize this chance to thank everyone who helped me at that time, especially Prof. Wolfgang Lutz, Prof. Warren Sanderson and Prof. Guenther Fischer. 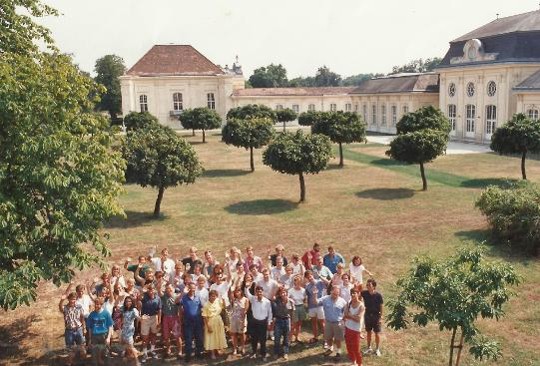 After receiving my Ph.D. in mathematical modeling in 1996, I worked as an Assistant  Professor at my current workplace, the Institute of National Planning (INP). I have  participated in many multidisciplinary research activities conducted by the INP, mainly in sustainable development, education, labor market, energy, socio-economic modeling. I have also participated in many of the training programs organized by INP in development and planning.

In 1998, I spent 6 months in the United States, as a Visiting Professor at  the  University  of  Louisville in Kentucky. During this visit, I also had the opportunity to meet with Prof. Mike Mesarovic at KWRU in Ohio, to learn from his experience in multi–level & complex systems. As a result of my visit to the United States, I published two important articles, namely:

In 1999, I participated in a multidisciplinary project called “Egypt 2020”, with one of the aims of the project being to build up an integrated population-economy-environment model to study alternative scenarios for the Egyptian future to year 2020.

In 2000, I worked in Kuwait as a UNDP expert; my mission was to review the socio-economic models that were developed for supporting the development plan for Kuwait and preparing a new proposal for a computer-based decision support system for planning in Kuwait.

In 2001, I returned to my work at the INP. Then in 2006, I received my professor degree, and started to practice administration work as the Head of the Economic Prediction and Planning Techniques Center.

During the period 2010-2011, I worked as a Professor of quantitative methods at the University of King Feisal in Saudia Arabia.

On the 1st of November 2013, I was elected as President of INP and continue to serve to date.

During Professor Dr. Pavel Kabat's visit to Egypt, the Academy of Scientific Research and Technology in Egypt scheduled a visit on the 19th of April with INP staff. It was a very successful meeting; we discussed future collaborations, especially for developing a system of models for the Egyptian strategy of sustainable development 2030.

Photographs of Prof. El-Kassas throughout his career