Congratulations to former IIASA Director Professor Detlof von Winterfeldt for his recent appointment recognizing his exceptional distinction as a faculty member in the University of Southern California. 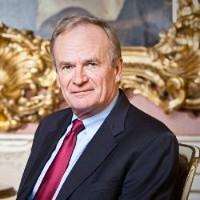 He served as IIASA Director from 2009-2012 and was a research scholar at the institute in 1975-1978. From 2008-2012, he was also the Centennial Professor of the London School of Economics and Political Science. Prof. von Winterfeldt co-founded CREATE in 2004 and served as director from 2004-2008, being reappointed in 2015. His research interests are in the foundation and practice of decision and risk analysis applied to technology development, environmental risks, natural hazards and terrorism.