It is with great sadness and respect that IIASA marks the death of Professor Ralph J. Cicerone, president emeritus of the National Academy of Sciences, who passed away on the 5th of November. 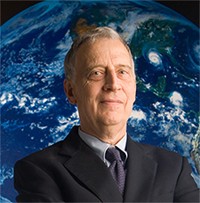 Cicerone was a world-renowned authority on atmospheric chemistry and climate change. His research helped shape environmental policy and science both nationally and internationally. Cicerone served as the 21st president of the National Academy of Sciences (NAS) from 1 July 2005 to 30 June 2016. The NAS is the National Member Organization representing the USA at IIASA, and the institute is extremely thankful to Cicerone for his long-standing support.

Cicerone was a steady voice for science, always maintaining a civilized and respectful dialogue with politicians and policymakers on some of the most challenging and controversial scientific issues of our time.

As well as his close ties to IIASA through his leadership of the NAS, Cicerone was also a member of the Alpbach-Laxenburg Group, a global think tank established by IIASA and the European Forum Alpbach in 2013 to aid in the creation of sustainable development paths to address issues caused by global transformations.

"This is very sad news," says Director General and CEO of IIASA, Professor Dr. Pavel Kabat. "Ralph was a great supporter of IIASA, and it was my privilege to work with him."

Marcia McNutt, Cicerone's successor as president of the NAS, said, "The entire scientific community is mourning the sudden and untimely loss of this great leader who has been unexpectedly removed from the forefront of the scientific issues that matter most tot he future well-being of society. Ralph Cicerone was a model for all of us of not only doing what counts, but doing it with honesty, integrity, and deep passion."

IIASA, its staff, and the institute's Council offer condolences to Cicerone's family and friends. He will be sorely missed. 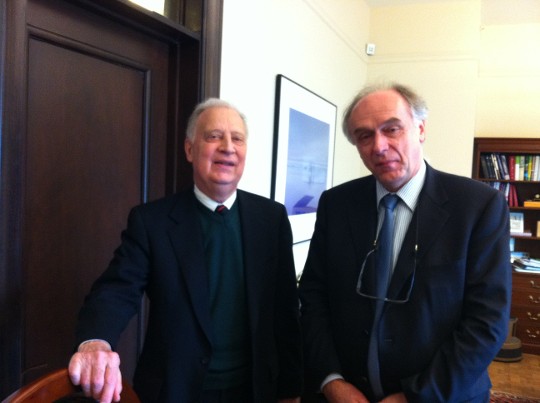 IIASA Activities with the USA