IIASA collaborators elected to US National Academy of Sciences

Congratulations to IIASA collaborators Carl Folke and Arild Underdal for being elected as members of the US National Academy of Sciences. 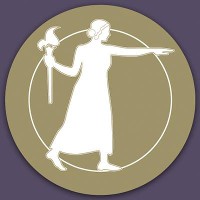 US National Academy of Sciences

The US National Academy of Sciences (NAS) recently elected 84 new members and 21 foreign associates from 17 countries in recognition of their distinguished and continuing achievements in original research.

Among these are former members of the IIASA Science Advisory Committee (SAC) Carl Folke, Director and Professor at the Beijer Institute of Ecological Economics, and Arild Underdal, Professor of Political Science at the University of Oslo. Prof. Underdal was the former Chair of SAC from 2007-2013, contributing to the IIASA Strategic Plan 2011-2020 and Research Plan 2011-2015.

With now 2,290 active members and 475 foreign associates, this group is one of the most prestigious scientific organizations in the world, including approximately 200 Nobel laureates.

The NAS serves as the National Member Organization representing the USA on the IIASA governing council. The academy partners with the Office of Science and Technology Policy and the National Science Foundation to promote cooperation between IIASA and American scientists, research institutions, and government agencies.

Carl Folke at the Beijer Institute

Arild Underdal at the University of Oslo