Congratulations to Arne Jernelöv on his recent publication "The Long-Term Fate of Invasive Species: Aliens Forever or Integrated Immigrants with Time?" 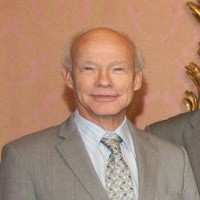 Dr. Arne Jernelöv's recent book examines the long-term fate of invasive species by detailing examples of invaders from different zoological and botanical taxa from various places around the world. Readers will discover what happened, after a century or so, to 'classical' invaders like rabbits in Australia, house sparrows in North America, minks in Europe and water hyacinths in Africa and Asia.

Arne is a Swedish biologist and environmental scientist. He served as Director of IIASA from 2000-2002. Prior to that he was Director and Professor of the Environmental and Space Research Institute in Kiruna, Sweden.

The Long-Term Fate of Invasive Species