Anatoliy I. Yashin, Scientific Director of the DuPRI Center for Population Health and Aging, received the Mindel C. Sheps Award on May 4, 2012, in San Francisco for his contributions to the methodological foundations of demography. This is one of the most prestigious international awards in demography. 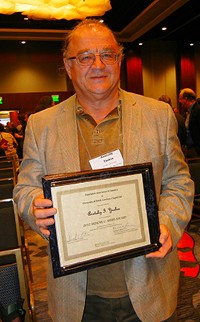 For more information
Print this page