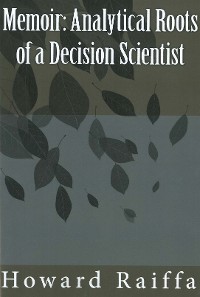 Howard Raiffa was IIASA's first Director from 1972-1975 and currently an Honorary Trustee on IIASA's Endowment Fund Board of Trustees.

Dr. Raiffa is currently the Frank Plumpton Ramsey Professor of Managerial Economics Emeritus at the Havard Kennedy School and described as a pioneer in the field of decision science.

His recently autobiography begins with his childhood and continues through the various segments of his academic career and years at IIASA.

Founding of IIASA by Howard Raiffa