IIASA alumnus and donor Dr. István Sebestyén presents on the first permanent computer network connections for science and research between East and West – during and after the Cold War era and 10 years before the Internet. 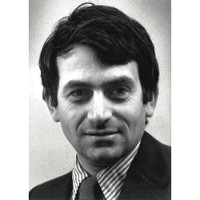 István Sebestyén in 1978 at IIASA.

Dr. Sebestyén studied Electrical Engineering at the Technical University in Budapest, receiving his MS in 1970 and PhD in 1974. He then joined the Computer Laboratory of the Institute for Coordination for Computer Techniques. His field of interest was software engineering. From 1974 to 1977, he participated in a number of joint development projects on the subject with Siemens AG. Between 1978 and 1984 he worked at IIASA, first in the Secretariat, then as a scientist in the Computer Science Group of the Systems and Decision Sciences area, and later in the Management and Technology Area.

Below is his presentation on establishing and operating the first permanent computer network connections from and to Austria and between East and West for science and research: