IIASA Story of Cities since 2007

Michael Thompson, currently a Senior Research Scholar in the Risk & Resilience Program, presented the paper "Cities as forces for good in the environment: a systems approach" in an IIASA/OECD Task Force meeting on 29-30 January 2019. 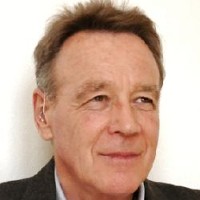 Michael Thompson, currently a Senior Research Scholar in the IIASA Risk and Resilience Program, presented the paper "Cities as forces for good in the environment: a systems approach" at the IIASA-OECD Task Force meeting, 29-30 January 2019.

IIASA's distinctive approach, he explained, was first outlined in a little 2007 essay, at the invitation of the US Academy of Engineering, by 1995 Nobel Prize Laureate in Chemistry Paul Crutzen (an atmospheric chemist), Bruce Beck (a control engineer) and himself (a social anthropologist). Their idea was to progressively re-engineer the city so as to reduce its "ecological footprint": to the point where, eventually, it will be "floating on air". All three authors, at that time, were Institute Scholars, and the subsequent research is now archived at http://www.cfgnet.org.

The OECD, it turned out, has also taken an "urban metabolism" approach, noting that more than half the world's population now lives in cities and that those cities, taken together,  are responsible for more than 50 percent of global waste and up to 80 percent of greenhouse gases. Yet, at the same time, they are the engines of the economy, creating a disproportionately large fraction of the world's wealth. Cities are thus a major part of the solution: the challenge being to keep their engines running while, at the same time, finding ways in which the economy they are driving can be made waste-free. So IIASA's paper and the OECD's are now being merged into a single chapter that synthesizes the city floating on air and the city with its completely circular economy.

This distinctive approach turns out to have some  important implications for applied systems analysis​:

"Not only is it that cities may be more important units of analysis than nation states, but also that qualitative evidence (narratives, storylines, case studies, “toad’s eye science” and so on) may be more believable than quantitative evidence (the above-mentioned statistics) in guiding the way we make decisions. “Fewer data, more anecdotes”, you might say (not unlike that slogan among patisserie-enthusiasts: “less sponge, more gunge”). So the qualitative and the quantitative need to be both re-balanced and better combined."

Cities as forces for good in the environment: a systems approach

Originally a professional soldier, Michael Thompson studied anthropology, first degree and PhD at University College London, B.Litt at Oxford, while also following a career as a Himalayan Mountaineer. (Annapurna South Face 1970, Everest Southwest Face 1975). His early research on how something second-hand becomes an antique (Rubbish Theory, 1979, Oxford University Press) led to work on the "energy tribes" (in various western think tanks), on risk, on Himalayan deforestation and sustainable development, on household product development (in Unilever), on global climate change, on technology and development, and on what might be called "the even newer Institutionalism" (e.g., Cultural Theory, co-authored with Richard Ellis and Aaron Wildvasky, 1990, West View).

Dr. Thompson is a Fellow at the James Marin Institute for Science and Civilization, University of Oxford and a Senior Researcher at the Stein Rokkan Centre for Social Research, University of Bergen, Norway. At IIASA he is affiliated with the Risk and Resilience (RISK) Program.

Cities as forces for good in the environment: a systems approach