IIASA researchers are co-organizing and speaking at a course on modeling in social sciences, organized by the Italian Society for Chaos and Complexity. 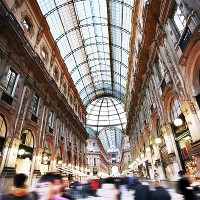 IIASA Evolution and Ecology Program (EEP) researcher Sergio Rinaldi, also a professor at the Politecnico di Milano, is co-organizing the workshop, and Karl Sigmund, also an EEP researcher, will speak at the workshop, which is aimed at young scientists and PhD students from diverse academic backgrounds.

About the workshop: The need and use of mathematical modelling in economics, psychology, sociology, political and other social sciences is constantly growing. Topics of particular interest include the fundamental aspects of choice, information, and interaction, the measurement of utility, welfare, and inequality, the formal theories of voting, justice, and bargaining, the control of illicit activities, the pervasive field of social networks, and others.

The workshop PMSS2016 offers an unique opportunity to meet researchers working across (and between) disciplines linked to mathematical modeling and social sciences. The program of invited contributions will show how the scientific approach traditionally followed in physics and engineering can be used to tackle social problems. A series of paradigmatic examples will be presented in a particular sequence that allows the main issues of nonlinear dynamics and networks theory to be introduced: from bistability to catastrophes, from stationary and cyclic to quasi-periodic and chaotic regimes, from the spreading of successful strategies to the emergence of clusters in networks.

The workshop represents the 11th of a series of tutorial workshops annually organized by the Italian Society of Chaos and Complexity (SICC) to explore the emergence of new research fields in which the modeling of nonlinear phenomena plays a growing role. These workshops have been traditionally devoted to an audience mainly constituted by PhD students and young researchers working in complex systems. In particular, PMSS2016 is addressed to researchers working in various areas of science and engineering and interested in applying mathematical modeling to social sciences. The speakers will be specifically advised to perform didactic presentations of their results in order to allow the active participation of students and researchers from different disciplines.