The International Institute for Applied Systems Analysis (IIASA) in collaboration with the Fletcher School of Law and Diplomacy, the International Network of Government Science Advice (INGSA) and the Global Network of Science and Technology Advisors in Foreign Ministries, organized a high-level international dialogue on science diplomacy. 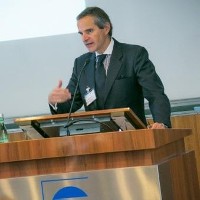 In February 2016, the U.S. National Academy of Sciences hosted a meeting that was convened by the Science and Technology Advisers to the Foreign Ministers from Japan, New Zealand, the United Kingdom and the United States. During this meeting the importance of increasing the capacity and capability of Foreign Ministries to address the ever increasing number of issues at the interface of science, technology, and innovation was raised as a key area.

These issues included, global challenges such as climate change, but also international trade, development cooperation, the governance of international spaces, as well as crisis management e.g. in the case of pandemics. In particular, the fulfillment of the UN’s Sustainable Development Goals and their ambitious time horizon and how it will require a faster take-up of scientific and technological knowledge in foreign policies, while harnessing the potential of science as a “soft power” in diplomacy. Hosted at IIASA, the event will build on this meeting to create an international dialogue on integrating science and technology advice into Foreign Ministries.

Approximately 30 senior foreign policy experts from around the planet attended, with the dialogue being made up of a mix of presentations, discussions, and training based on case-study exercises, given or moderated by some of the best scholars and practitioners in the field. 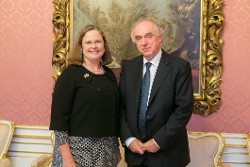 The opening session of the event took place on 18 October, with introductions from Professor Dr. Pavel Kabat  (IIASA Director General and CEO) and Paul Berkman (Professor of Practice in Science Diplomacy, The Fletcher School Tufts University). This was followed by a short video message from H.E. Sebastian Kurz (Federal Minister for Europe, Integration and Foreign Affairs of the Federal Republic of Austria).

Other keynote speakers and panelists included: 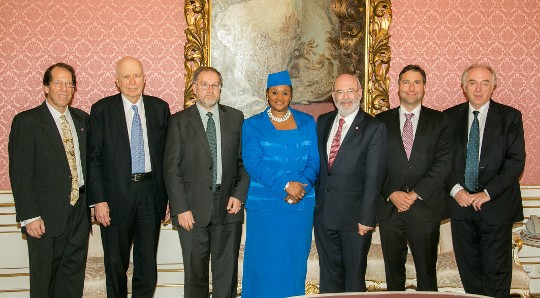 The objective of the dialogue was to create opportunities for delivering on national foreign policy priorities by increasing the input of science and technology into policy development and policy implementation in the area of external relations, thus helping officials of Foreign Ministries and diplomats in Embassies to fulfill their tasks.

Each participant had the unique opportunity to be at the very beginning of this global dialogue on science advice to foreign policies, which will hopefully be joined by more and more nations as time progresses.

Science and technology advice is a vital element for foreign ministries

Fletcher School of Law and Diplomacy