As the United Nations meets for its annual general assembly in New York, IIASA leaders and staff members will take part in a number of related events, bringing the institute's expertise in sustainable development pathways to one of the most important meetings of international policymakers. 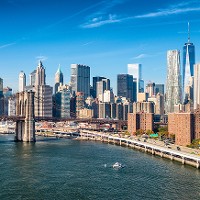 IIASA Director General and CEO Professor Dr. Pavel Kabat and IIASA Deputy Director General Nebojsa Nakicenovic will participate in the Sustainable Development Solutions Network (SDSN) Leadership Council Meeting on 21 and 22 September. In the week prior to this meeting Kabat, Nakicenovic, and other IIASA staff members will attend a number of events around the opening of the UN General Assembly. The series of events and high-profile meetings in New York will also include the third annual 'Concert for a Sustainable Planet' at Carnegie Hall on 18 September.

Almost two years after the Paris climate conference (COP21) in December 2015, a number of global leaders will meet as the SDSN Leadership Council in New York on 21 and 22 September to review the network’s ongoing support to the UN in achieving the 17 Sustainable Development Goals (SDGs). 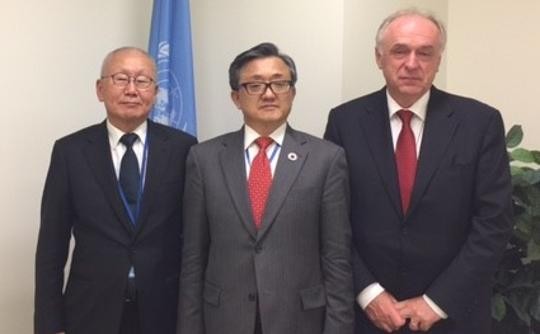 (L-R) Chin Min Lee, Special Advisor to the Director General, Liu Zhenmin, UN Under-Secretary-General for Economic and Social Affairs, and Pavel Kabat, IIASA Director General and CEO, met to discuss IIASA support to the UN in implementation of the SDG agenda, especially the IIASA coordinated The World in 2050 project.

The SDSN Leadership Council overseas the work of the SDSN. The SDSN was launched by UN Secretary-General Ban Ki-moon and is under the leadership of Jeffrey Sachs, Director of the Center for Sustainable Development at the Earth Institute at Columbia University, who is a IIASA Distinguished Visiting Fellow and a member of the Alpbach-Laxenburg Group. The network aims to accelerate joint learning and promote integrated approaches that address the interconnected economic, social, and environmental challenges confronting the world.

Delivering on the ambitions of the 2030 Agenda for Sustainable Development and the Paris climate agreement will require accelerating public-private cooperation and deploying new technological solutions. The Sustainable Development Impact Summit aims to advance both by providing a multistakeholder platform for concerted action. IIASA Deputy Director General Nebojsa Nakicenovic will be attending and contributing to this meeting.

This concert is presented by the SDSN and IIASA to raise awareness, foster dialogue and inspire action relating to achieving the UN’s 17SDGs.  Jeffrey Sachs, Director of the Center for Sustainable Development at the Earth Institute at Columbia University and IIASA Distinguished Visiting Fellow will offer opening remarks.  IIASA Director General CEO Professor Dr. Pavel Kabat will discuss science and arts activities at IIASA and how artists can support transformations to sustainability. IIASA Associate for Science and Arts and concert artistic co- curator Gloria Benedikt will choreograph and perform a series of responses to questions relating to the Sustainable Development Goals.

IIASA has launched several projects and partnerships linking science with art. These efforts aim to improve scientific engagement with the public and spur new and innovative thinking. The newly published IIASA brochure ‘How Artists Can Support Sustainability Transformations’ presents findings from these collaborations.

IIASA researcher Alison Heslin will give a presentation entitled "Blood and Soil: The Dynamic Relationship between Natural Resources and Social Conflict".

IIASA researcher Caroline Zimm will give a presentation on 19 September entitled "Developing integrated pathways to prove the feasibility of achieving the SDGs and long-term sustainability transformation: The World in 2050 Framework."

This years conference is hosted in New York City by The Earth Institute, Columbia University, and their Center for Sustainable Development.

IIASA Deputy Director General Nebojsa Nakicenovic will give a public lecture at the New School in New York City, on how to finance the pathway to global sustainability.The talk will be followed by a panel discussion on the economic, legal and financial consequences of climate change mitigation and adaptation with Fordham Law School's Clinical Professor of Law Paolo Galizzi, director of the Sustainable Development Legal Initiative and The New School Economics Professor Willi Semmler, director of SCEPA's Economics of Climate Change project. Register Now

IIASA Deputy Director General Nebojsa Nakicenovic will take part in this meeting of the new Global Commons initiative, an engagement campaign that has recently launched a new website and social media campaign. 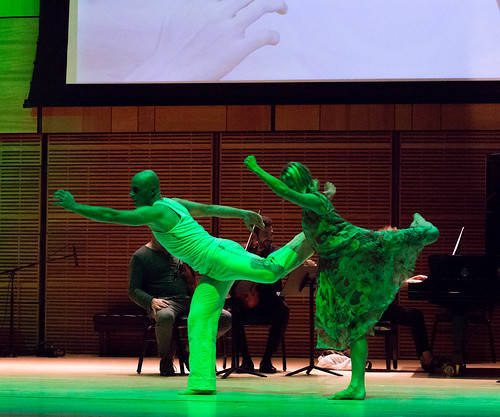 Towards a Sustainable Future