An IIASA delegation will attend the American Association for the Advancement of Science (AAAS) conference in Austin, Texas in February, to strengthen ties with US scientists and develop continuing high-value collaborations. 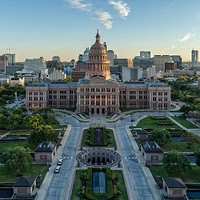 This year’s conference theme will focus on the critical roles of academia, government, and industry in moving ideas into innovations by amplifying collaboration across sectors and disciplines.

These issues are central to IIASA’s systemic multidisplinary approach, and topics on which the institution can provide considerable expertise. IIASA is organizing two conference sessions on science diplomacy and presenting at an additional session reporting on responses to the 17 Sustainable Development Goals (SDGs) set by the United Nations in 2015.

Migration: A Case for Science Diplomacy

In an increasingly globalized economy, migration has become a contentious political issue, including in some countries that have traditionally defined themselves as countries of immigrants. Besides being an issue of national concern, migration flows have also given rise to political tensions between countries, as demonstrated most recently between a number of European Union member states, and between Mexico and the United States. While science has always played an important role in providing data to enable societal debate on how much and what kind of migration is desired, little attention has been paid to the potential role of science diplomacy in alleviating international disputes on migration flows. Engaging in science diplomacy around migration issues is also in the interest of science, given that migration policies can either foster a free flow of ideas or disrupt scientific exchange. In this session, speakers describe the potential of science diplomacy to inform and support the international migration debate. This is illustrated with two case studies on the current migration crisis in the European Union and the role of highly qualified Mexican migration to the United States.

This session reports on how nations and scientific communities are progressing in response to the 17 Sustainable Development Goals (SDGs) set by the United Nations in 2015. Topics for discussion include national efforts to develop societal action plans, illustrated with experiences of a developed and an emerging country; the worldwide science community's efforts to identify knowledge gaps, initiate solutions-oriented research, and conduct integrated assessments; and the experiences of developing countries in partnering with developed countries to strengthen science advisory ecosystems and build capacity. Key challenges to be covered are gaining the attention of the broad scientific community, including in the United States, and addressing the sustainable development goal of working toward peace, security, and accountable institutions.

Instruments of Science and Diplomacy: The Importance of International Research Organizations

This session highlights the achievements and future prospects of some of the most famous offspring of international science diplomacy as they reach milestones in 2018: the Consortium of Agricultural Research Centers (CGIAR), the European Organization for Nuclear Research (CERN), the International Centre for Theoretical Physics (ICTP), and IIASA. Over the past decades these institutions have become world-wide leaders in their respective fields of research. At the same time, they have become themselves instruments of science diplomacy, fostering peaceful relations between nations, including those with complicated relationships. Speakers from these unique institutions discuss their futures in a world that is changing dramatically.

The theme this year focuses on the critical roles of academia, government, and industry in moving ideas into innovations. The demands of the twenty-first century, including improved access to sufficient food, clean water, sustainable energy, and health care, can only be met by accelerating discovery and the translation of discovery into applications. Robust, sustained investments across the full spectrum of the scientific enterprise are essential for developing products that improve the human condition and drive economic growth. The speed progress can be increased by amplifying collaboration across sectors and disciplines. What new avenues for interaction between basic and applied research might be explored? How can we encourage broader participation from every sector and demographic to meet today’s needs and to help invent the future?

INFORMATION ON IIASA ACTIVITIES WITH USA