At the eighth session of the Plenary of the Intergovernmental Science-Policy Platform on Biodiversity and Ecosystem Services (IPBES) IIASA was granted IPBES observer status. Subsequently, the IIASA delegation contributed to the discussions of the first day of the session and will be actively engaged in further deliberations of this 11-day session. 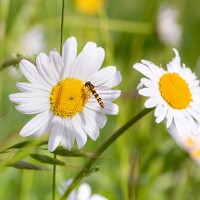 IPBES is an independent intergovernmental body established in 2012 to strengthen the science-policy interface for biodiversity and ecosystem services for the conservation and sustainable use of biodiversity, long-term human well-being, and sustainable development.

Approval by IPBES States Members of IIASA observer status will strengthen further IIASA engagement in IPBES activities. IIASA researchers have been engaged in the work undertaken by the IPBES for many years, including contributing as coordinating lead authors, lead authors, contributing authors, and review editors to a number of IPBES assessment reports.

These assessments are the major output of IPBES, containing syntheses of findings on topics that have been selected by the IPBES Plenary including global assessments of biodiversity and ecosystem services with a defined geographical scope, and thematic or methodological assessments based on the standard or the fast-track approach.

The IIASA delegation, led by Piero Visconti, Biodiversity, Ecology, and Conservation Research Group Leader, contributes to the discussions of the eighth session of the IPBES Plenary to support the important work of IPBES that aims at strengthening knowledge foundations for better policy through science.

The Plenary will consider for approval the scoping report of a thematic assessment of the interlinkages between biodiversity, water, food, and health in the context of climate change (nexus assessment) and a thematic assessment of the underlying causes of biodiversity loss and the determinants of transformative change and options for achieving the 2050 vision for biodiversity (transformative change assessment). These issues are within the core research topics of IIASA, supported by its integrated assessment modelling capacity and its multi-disciplinary expertise. The Plenary will also consider for approval the interim work plans of IPBES task forces for the intersessional period 2021–2022, as well as other issues.