Jun Yanagi, Minister at the Permanent Mission of Japan to the International Organizations in Vienna, will visit IIASA on 18 December 2018. 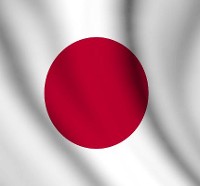 Yunagi, will meet with IIASA Director General and CEO Albert van Jaarsveld and the IIASA External Relations Team, where he will be given an introduction to IIASA, learn more about its history, and its current and future research agenda.

He will also meet with representatives from the IIASA Energy Program to learn more about their work with Japan and collaborations with Japanese Institutions on improving energy and integrated assessment modelling and contributing to Japan’s strategic research base through enhancing modelling knowledge and skills.

Research collaborations between IIASA and Japan have been highly productive since the institute was founded in 1972. Key aspects of this beneficial relationship since 2010, have involved cooperation with more than 31 Japanese organizations and resulted in over 300 scientific publications and a range of research advances. Recent studies have included in-depth analyses of how to maximize the co-benefits from measures to reduce both air pollution and greenhouse gas emissions in Japan and Asia; the development of a new set of scenarios to underpin future climate modeling, impact, vulnerability, adaptation, and mitigation assessments; and research into the evolution of diseases and commercially-exploited fish.